VIDEO: Heroes Spring Into Action to Save Drowning Baby Deer with CPR

Last week, a drowning baby deer in Tyler, Texas narrowly avoided death thanks to a couple of heroic boaters, who sprang into action to save his life.

At Lake Tyler, couple Brian and Liz Ballard noticed the seemingly lifeless fawn drifting in the water, at first mistaking the helpless creature for a dead fish. When they realized they had encountered a baby deer fighting for his life, however, Ballard pulled the fawn onto his boat and quickly began administering CPR.

Ashton Byrd, a young boy who was boating nearby, witnessed the incident and rushed over to help. Byrd and Ballard took turns trying to revive the deer.

The fawn slowly began to show signs of life, and shortly after, he weakly stood to his feet. The people on the boat sighed in relief.

The fawn was taken to a wildlife rehabilitation clinic, where he is making a speedy recovery and growing stronger by the day. Thank you to these everyday heroes, who spotted an animal in dire need and worked against the clock to save him from drowning. 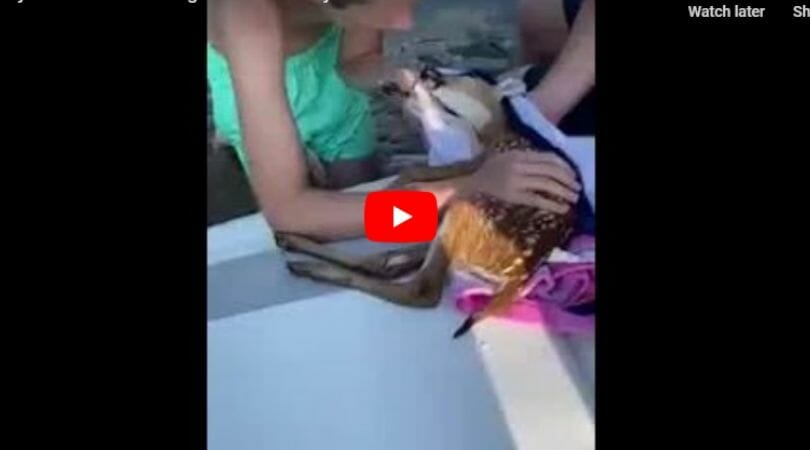