VIDEO: Hero Cop Rushes to Save Dog in ‘Opioid Emergency’

Last week in Austintown, Ohio, a Doberman pinscher named Trooper suffered a severe reaction to anesthesia during a medical procedure at the Austintown Veterinary Clinic.

Trooper had visited the vet to be neutered when he unexpectedly experienced an “opioid emergency.”

The police were called, and Sergeant Rick John rushed to the scene with a dose of naloxone (also known as Narcan), a medication that reverses the effects of opioids. He administered the life-saving medication and quickly revived the dog. According to the police department, the naloxone worked within seconds.

Trooper’s owner, Colleen Bolha, didn’t know that naloxone could be used on animals. “But I’m so glad that they knew and they were able to react and do that,” she says.

The Austintown Veterinary Clinic doesn’t currently stock Narcan, but an employee has stated plans for them to start doing so.

Thanks to the swift efforts of the Austintown Police Department and Sgt. John, Trooper is going to be just fine! 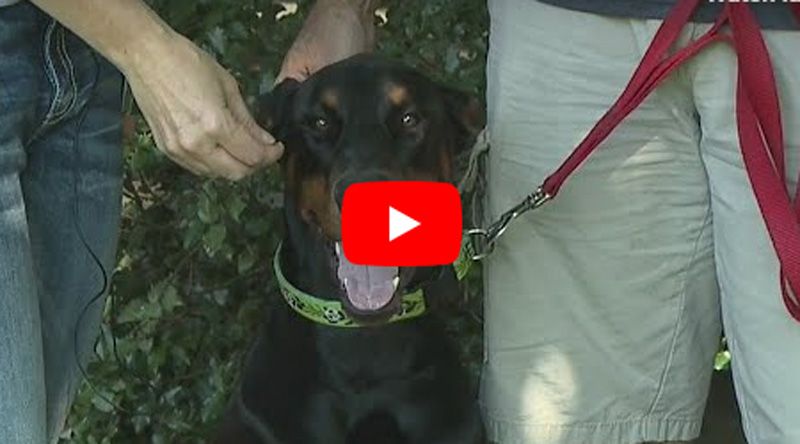