Georgia, a rescued Australian Shepherd mix, is now raising a litter of three orphaned kittens after sadly losing her own puppies during a premature birth.

Found pregnant and living at a gas station in Arizona near the U.S.-Mexico border, Georgia birthed her puppies early, shortly after nonprofit Sunshine Dog Rescue took her in. Unfortunately, there was nothing the rescue could do to save the puppies, who ultimately died.

Georgia was heartbroken, according to Anita Osa, the rescue’s founder.

“The best way I could describe it was she was frantic,” Osa told ABC 15 Arizona. “It was so sad, she was looking for those babies. She tore up the toddler mattress we had her on, trying to find her babies.”

Desperate to ease Georgia’s pain, Osa posted on Facebook in search of animals who needed a lactating mother, finding a trio of recently orphaned kittens. She cautiously introduced them to Georgia, and they instantly instantly took to each other.

The grieving mother adopted the kittens as her own, as they helped her heal from the heartbreaking loss of her puppies.

“She cleans them and everything [and] the bond is strong,” Osa said. “It’s really something to see, she protects those kittens just as if they were her babies.”

This unlikely and adorable bond reminds us that care and compassion extends beyond our own species. 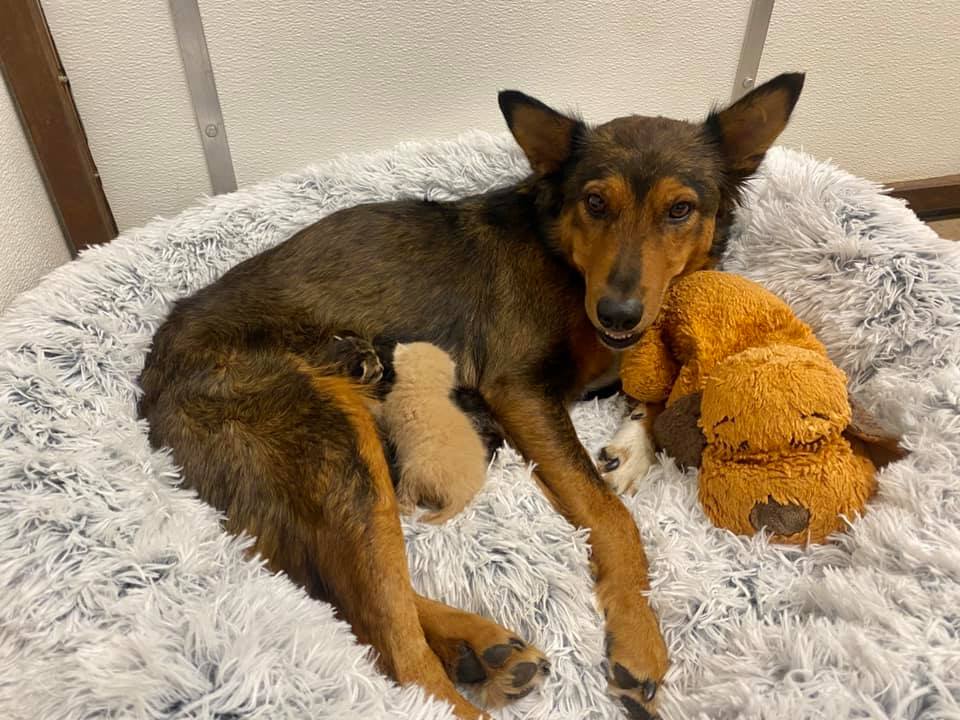