A few months ago, a vet nurse and pet fosterer named Jessie took in a pair of feline siblings from The Kitten Inn in New Zealand. She noticed that although the six-week-old kittens came from the same litter, the male was about two-thirds the size of his sister. Widdle, as he came to be named, was the size of a four-week-old kitten.

Jessie quickly discovered that the tiny kitten has an enormous heart. Widdle took to Jessie immediately, and her shoulder soon became his favorite perch. He accompanies her to work almost daily, where he also makes himself comfortable on the shoulders of her colleagues!

When Widdle is old enough to undergo testing, the vet will try to determine the cause of his unusually small size. He’s now 17 weeks old and the size of a seven-week-old kitten. Although Widdle’s growth remains slow, he appears to be happy and healthy.

Widdle brought so much joy to Jessie that she decided to give him a forever home. This sweet story proves that a lot of love can fit into a small package! 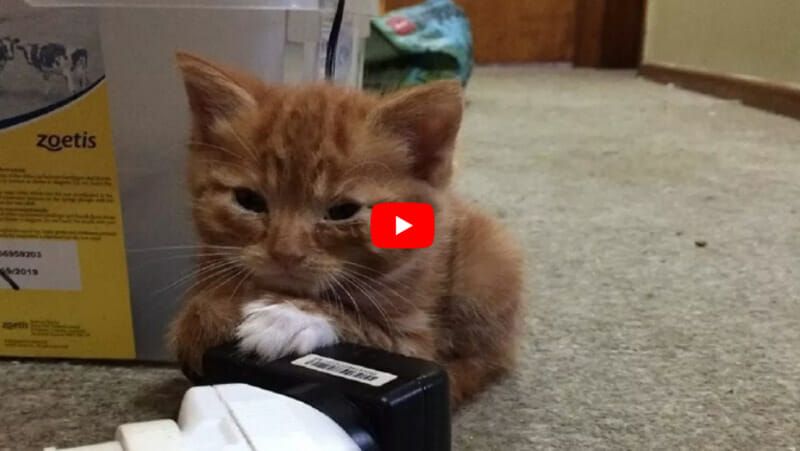