VIDEO: Florida Police Smash Car Window to Save Dog Locked Inside From Death

Locked inside a car during a sweltering hot day, a dog narrowly escaped death last week in Sarasota, Fla., after police sprang into action and smashed the vehicle’s back window to free the suffering pup.

Bodycam footage shows a police officer looking in through the window while commenting to an animal control officer that the distressed pit bull trapped in the car is panting and drooling.

“He’s starting to go down,” the animal control officer replied. “That’s not good.”

Unable to find the owner of the car, the officers broke a window while distracting the dog to keep him as far away from the shattering glass as possible. The officers safely freed the canine, gave him some desperately needed water, and stashed him in a waiting sheriff’s office vehicle.

A temperature reading revealed the car’s interior was at least 115 degrees Fahrenheit while he was trapped inside.

Law enforcement eventually caught up with the dog’s guardian, who claimed that he had left the car running. The person received two citations from animal services for a situation that would have turned out much worse had it not been for the quick-thinking heroes who put the dog’s life first.

The Sarasota Police Department posted the video on social media, using it as an opportunity to remind people to be mindful about not leaving their pets, children, or elderly loved ones in dangerously hot cars. 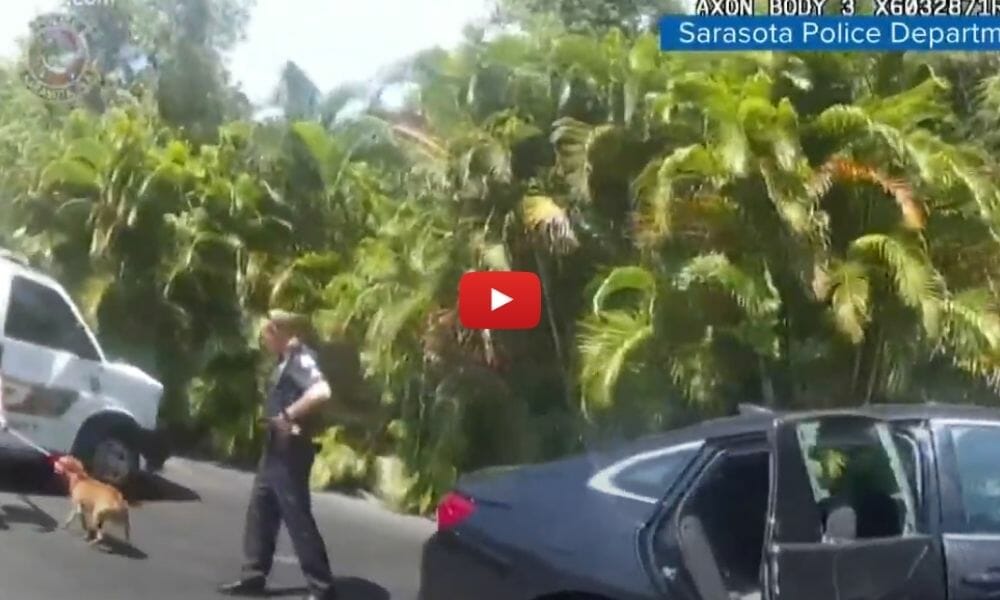