Home » Animals » First Osprey Chick of the Season Breaks Out of Her Egg at Wildlife ReserveBy Katie Valentine | June 3, 2021

The first osprey chick of the season hatched on May 17 at the Scottish Wildlife Trust’s Loch of the Lowes Wildlife Reserve in the United Kingdom!

The reserve posted video footage of the chick emerging from an egg, followed shortly after by the bird’s first feeding.

A second chick emerged from an egg on May 19, two days after the first was born.

Our second chick is breaking out! 🐣 pic.twitter.com/P8BUYamXvM

And the third and final chick hatched the following day. Members of an osprey protection program that ensures the species’ nests are free from disturbance closely watched the births.

This one kept us waiting. 🐣🐥 https://t.co/CGkGcBbS8M

Initiatives like this keep populations stable, a critical step after osprey went extinct in Britain for much of the 20th century. The birds of prey started to make a comeback in the 1960s, with an estimated 300 breeding pairs currently in the United Kingdom each summer, according to the Central Life Times.

Osprey populations are on the mend, thanks largely to wildlife conservation organizations and activists. After seeing these beautiful birds disappear from Britain for decades, the births of their offspring offer hope that the osprey population will fully recover. 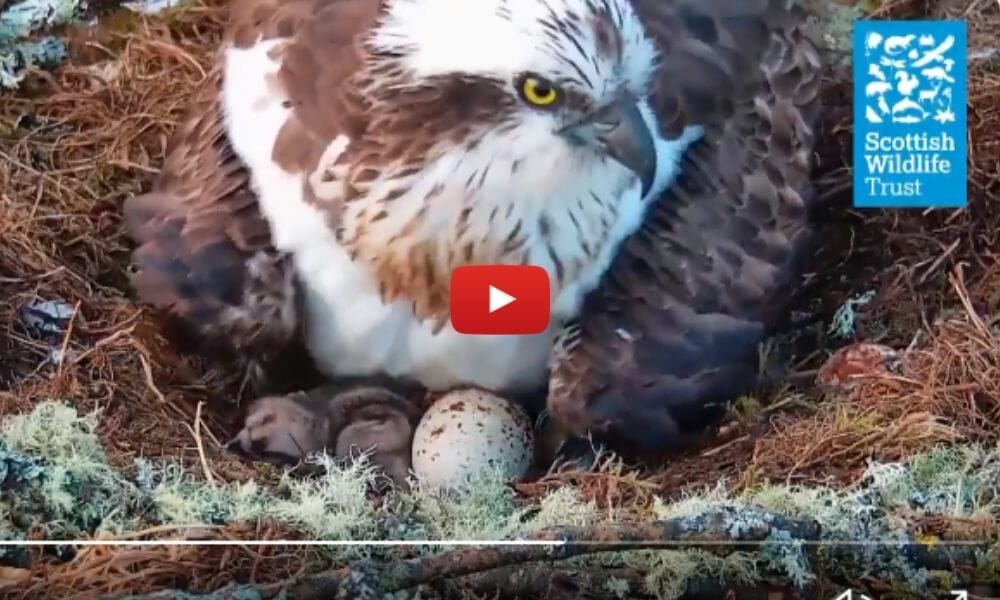