Video: These Dogs and Elephants are the Best of Friends

Home » Animals » Video: These Dogs and Elephants are the Best of FriendsBy Katie Valentine | May 22, 2018

Misconceptions abound about the relationship between elephants and dogs, including the notion that elephants are afraid of dogs.

Based in Thailand, Elephant Nature Park is a sanctuary for both animals. Toward the end of 2011, Bangkok experienced catastrophic floods. ENP volunteers used rented boats to rescue desperate, stranded dogs. Over 2,000 dogs were pulled to safety, 155 of which were brought to Elephant Nature Park.

At the sanctuary, the dogs and elephants interact freely and have formed unlikely bonds. While the two would probably never cross paths or become friends in the wild, they certainly enjoy one another’s presence at the park. As you can tell by this video, it turns out that man’s best friend and nature’s gentle giant get along famously! 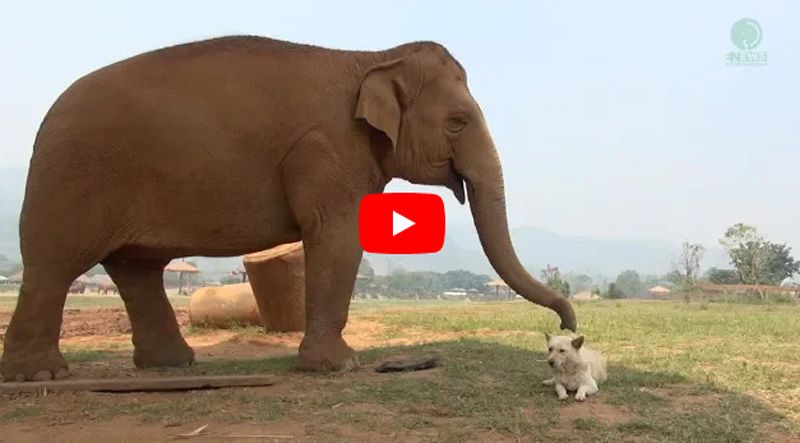