On Valentine’s Day, Shadow the black Lab found himself clinging to a sheet of ice, his  body mostly submerged in the freezing pond below. Thankfully, quick-thinking officers sprang into action and saved the helpless dog from the frigid waters.

When officers responded to the scene in Southlake, Texas, the terrified dog tried swimming toward the police, struggling and yelping in distress.

Sgt. Gaylon Music broke up the ice with a pole and plunged into the water, connected by a rope to officers on shore. He hoisted Shadow onto a float and towed the dog to safety.

“The dog collapsed right after we got him out,” Music told Southlake Style. “He couldn’t even stand up.”

Shadow reunited with his family and reportedly is doing well after the harrowing ordeal. Music received a visit from the pup at police headquarters the day after the rescue.

The Southlake Department of Public Safety is warning residents to be extra vigilant about their pets’ safety amid an unusual bout of extreme winter weather and freezing temperatures. 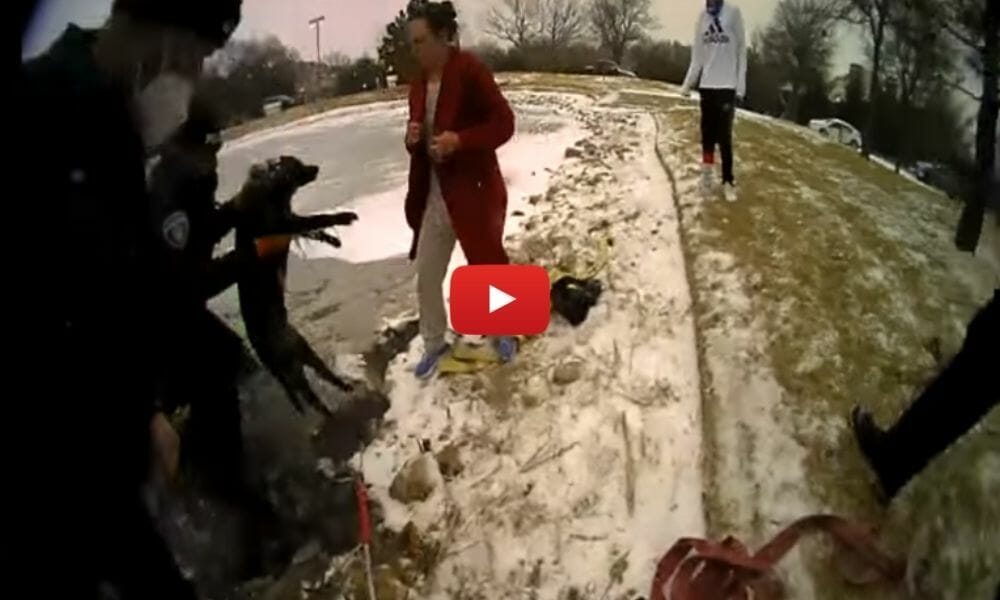