The future looked bleak for a thin and malnourished 21-year-old cat named Tigger when he was abandoned at a veterinary office. Circumstances brightened for the senior kitty, however, when he was adopted by a woman named Adriene and her boyfriend. Despite discovering shortly after adopting him that Tigger suffered from kidney failure and had a tumor, Adriene resolved to provide him with the highest quality of life possible.

Although Tigger was terminally ill, being under Adriene’s care restored his energy and vitality to levels typical of a cat half his age. The fortunate feline celebrated his 22nd birthday with a chicken cake gifted to him by his adoptive family. In addition to the love and gifts that he received from his owners, Tigger had his own Facebook page and garnered a large following of cat lovers who mailed him presents.

He passed away in March after peacefully spending his final days snuggling up to his owners while they watched television, accompanying them on walks along the beach, and knocking items off his bucket list. Tigger’s story shows that often looked-over senior pets make great companions. 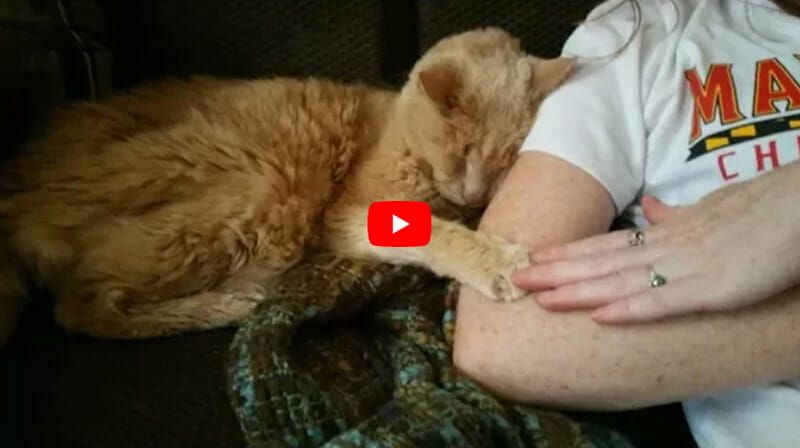