VIDEO: Celebrities Team Up to Expose the Extreme Cruelty of Factory Chicken Farms 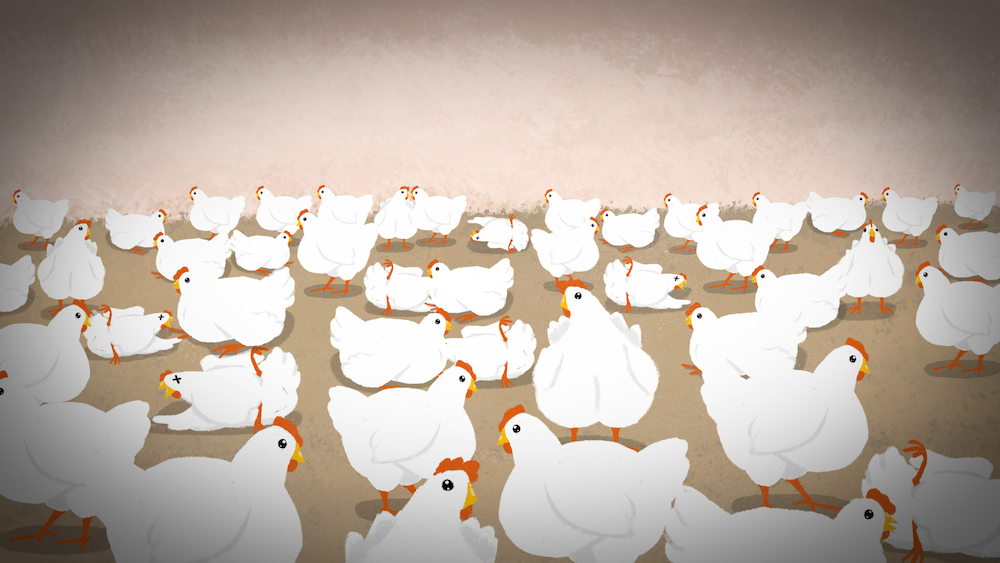 Chickens raised for meat suffer from the moment they are born until the day they are killed. 💔🐣

The animation documents each week in the tragically short lives of factory-farmed chickens, showing how thousands of one-day-old chicks are crammed into crates and taken to factory farms where they live in complete misery for 45 grueling days.

Kept in dark, windowless, and overcrowded sheds, the chicks are forced to grow unnaturally fast, leading to bone deformities. This makes walking painful and their legs are sometimes so fragile they’ll collapse under their own weight.

Those who survive this dreadful ordeal are stuffed back into crates and taken to a slaughterhouse, where they’re hung by their ankles, stunned in an electric water bath, and have their throats slit.

MFA’s heart-breaking video has amassed thousands of views, with the celebrity narrators sharing it on social media.

“Factory-farmed chickens raised for meat suffer from the moment they’re born until the day they are killed,” wrote Corneliussen on Instagram. “You have the power to end this. Don’t support factory-farmed animal cruelty, and leave living creatures out of your shopping cart for good.”

Most of the over 25 million animals killed daily in the United States for food are raised on these cruel factory farms. We must do better.