Meet Bodo! This adorable moon bear is living his best life after overcoming crippling disabilities. Bodo was rescued 15 years ago by Animals Asia and brought to their bear sanctuary in China. The sweet bear was only two years old when he was confiscated from the cruel bile industry.

When Bodo was first seized from a bile farm his rescuers noticed he was missing his right forelimb. While many of China’s bear bile farmers breed the bears on site, Bodo was most likely poached from the wild and his arm savagely torn off in a poacher’s trap. 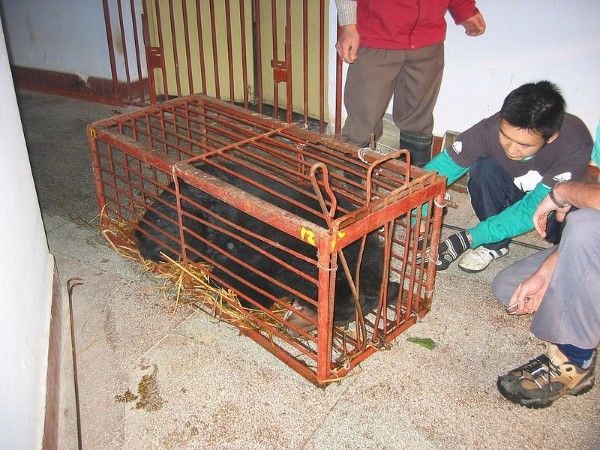 Bodo when he was first confiscated by Animals Asia 15 years ago.

When he first arrived at the sanctuary, Bodo was scared and stressed, showing repetitive behaviors common in bears held in extreme captivity. While in the loving care of his rescuers, Bodo finally realized that nobody would ever hurt him again. He would have the space he needed, the ability to express his natural behaviors, and friends to share his new life with.

In his 15 years at the sanctuary, Bodo has made many wonderful bear friends. Animals Asia Bear and Vet Team Director Nic Field said: “I recall Bodo playing with Ballman, Harley, and Billabong and being a great friend to Nic and Jurgen too before they passed away. He has always been the ‘peacemaker’ of the house, quick to step in at the first sign of a growl if two bears are having a disagreement.” 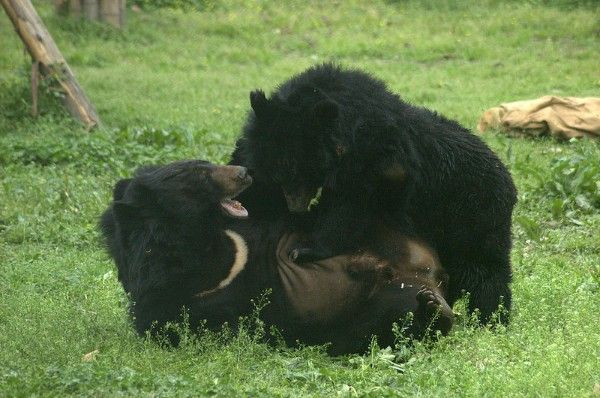 Bodo today playing with his friend at the Animals Asia bear sanctuary.

“He’s incredibly sociable and when new bears join the group, he is quick to make friends and start the first gentle wrestling. These days he has found a firm friend in George and a cozy sleeping partner in Monkey. Whoever joins the group, we can be sure they will receive a warm welcome from one of the sanctuary’s biggest characters.” said Nic.

Even though Bodo only has three legs, in the video above you can see his handicap does not stop him one bit! It’s amazing to see that the injured young bear Animals Asia rescued years ago is now the playful carefree adult. Moon bears have been known to live up to 30 years, and with Bodo still under 20 years old that could mean up to another decade of happy times at the sanctuary!