VIDEO: Baby Rhino who Escaped Poachers is Now Loving Life at the Sanctuary

The Rhino Orphanage, based in Limpopo, South Africa, is the only one of its type around the globe. Here, staff and volunteers are busy at work, doing their part to prevent the species from going extinct.

Recently, a very special rhino was rescued and brought to The Rhino Orphanage. When Mofalodi was just three months old, her mother was poached. In a fight for her life, the resilient and determined young rhino escaped poachers twice. After several days, rescuers found her wandering aimlessly, dehydrated and scared.

Mofalodi is now eight months old and as curious as ever. At the rescue, she loves playing with her best friend, four-month-old Charlotte.

Thousands of rhinos are poached annually for their horns, which are inaccurately believed to possess medicinal value. The truth is that rhino horns are made of keratin – the same material as the human fingernail – and possess no healing properties. Because of poaching, some species of rhino have already become extinct, including the northern white rhinoceros.

Specialized rescues such as The Rhino Orphanage are necessary for the protection of the remaining species of these beautiful giants. Thank you to the compassionate caretakers and rescuers for their invaluable work in the fight against poaching, which will hopefully help restore the rhino population before it’s too late. 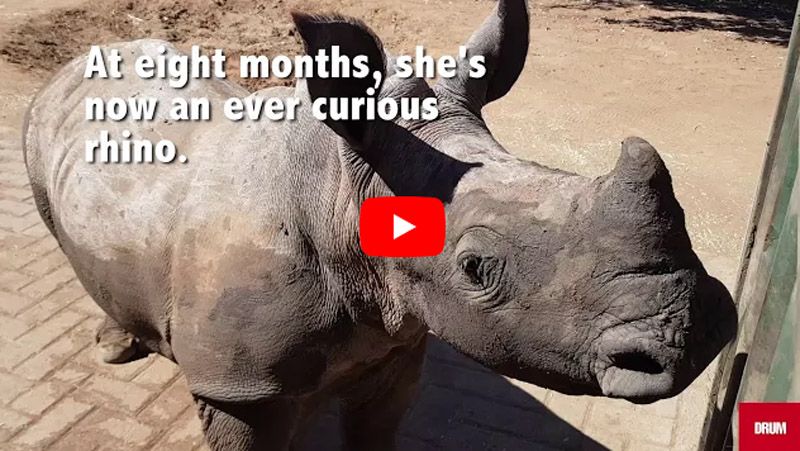