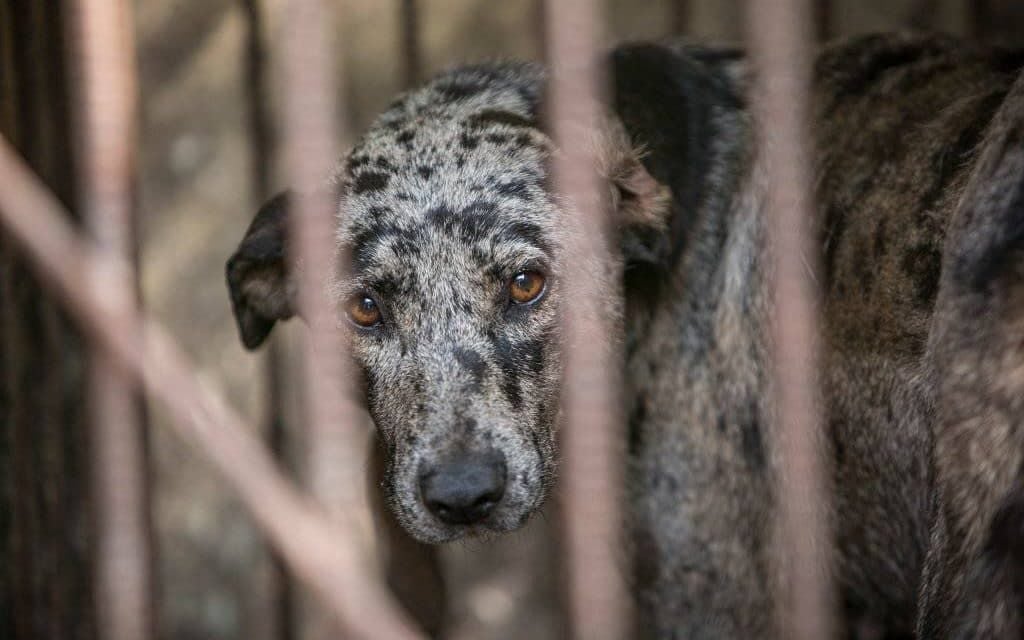 It was the largest dog slaughterhouse in South Korea, a hellish place where hundreds of cramped metal cages confined terrified dogs, suffering as they awaited a painful and traumatic death courtesy of the dog meat trade. But last week saw the closure of the notoriously brutal Taepyeong slaughterhouse in Seoul, as animal activists gathered to witness the bulldozing of the site.

Humane Society International, Korea Animal Rights Advocates and the Korean Animal Welfare Association worked with the Seongnam City Council to shut down Taepyeong, a move that signifies a growing willingness within South Korea to put an end to the cruel trade.

“Both as a Korean citizen and an animal campaigner, it was incredibly moving for me to be a part of the historic closure of this notorious dog slaughterhouse,” said Nara Kim, HSI/Korea’s dog meat campaigner. “This really feels like a landmark moment in the demise of the dog meat industry in South Korea, and sends the clear message that the dog meat industry is increasingly unwelcome in Korean society.”

Five of the six slaughterhouses at Taepyeong were to be bulldozed immediately, with the sixth to follow once permits are acquired. The site is destined to be converted into a community park.

In further positive progress, the renowned Moran Market — once the largest dog meat market in South Korea — closed down its last permanent dog meat vendor. This market was once estimated to provide 30-40% of the dog meat in the nation and was responsible for the death of around 20,000 dogs every year.

South Korea has long been targeted by animal activists for their dog meat trade, in which an estimated 700,000 to one million dogs are slaughtered every year. Although the consumption of dog and cat meat is widespread throughout Asia, this is the only nation where dogs are intensively farmed for their meat.

With Taepyeong out of action, activists are optimistic that other slaughterhouses will suffer the same fate, spelling the end for this horrifically cruel industry in South Korea.

“Taepyeong’s closure is an historical event, and hopefully may trigger the closure of other illegal dog slaughterhouses throughout the country,” said Hyunji Kim from Korea Animal Rights Advocates. “Until we achieve this, we really appreciate the support of both Korean people and global citizens who love animals, for helping our campaigns to completely end dog meat in Korea.”