VICTORY – Gajraj the Elephant Rescued After 50 Years in Chains 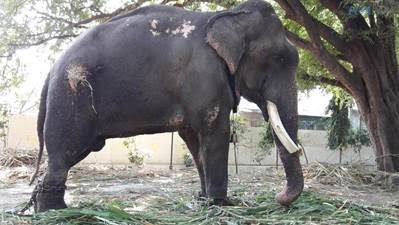 Gajraj the elephant is finally free.

For the past five decades, he had been kept in cruel confinement and severely abused as a “temple elephant” in India. His ivory tusks were sawed off. He was shackled and forced to stand on hard, man-made ground, leading to excruciating foot conditions. He had untreated abscesses and open sores, and has long displayed troubling behaviors related to severe stress.

Gajraj in chains at the temple, his legs covered in sores

But thankfully, last week, after years of campaigns and calls for justice, Wildlife SOS transported Gajraj to the Elephant Conservation and Care Centre in Mathura, India. PETA India made the travel arrangements, and also funded construction of a new home for Gajraj at the conservation center. 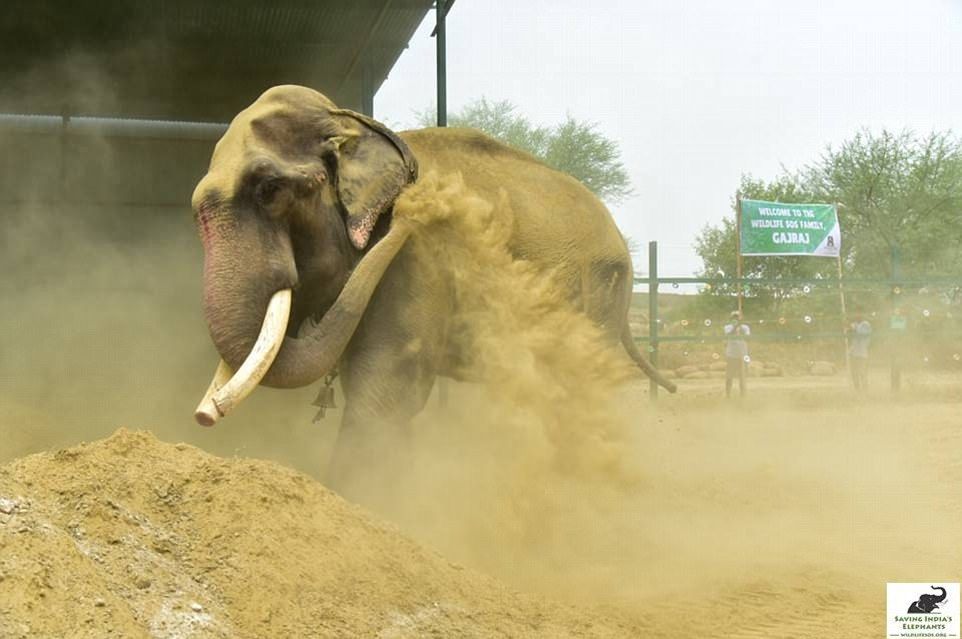 “It took the cooperation and commitment of activists, experts, PETA donors, stars, and politicians as well as several years of slogging, but our collective hearts soared the moment we watched this dear old man step away from his miserable life,” PETA President Ingrid Newkirk told Lady Freethinker.

Lady Freethinker also rallied to free Gajraj, with a petition that garnered more than 27,000 signatures.

Life for Gajraj will be very different now. He will never be chained again, and instead will enjoy the freedom to lie down on the soft earth and partake in a refreshing dust bath — which he promptly did once he reached his new home.

This victory shows that change can and does happen with persistence and continual fighting. Sometimes it takes decades, as was the case with Gajraj. But no matter how uphill the battle may seem, we must never give up fighting for what is right. Thank you, PETA and Wildlife SOS for facilitating the rescue of this majestic animal. Gajraj is now in good hands.