Victory for Elephants! California Moves to Ban Wild Animals in the Circus 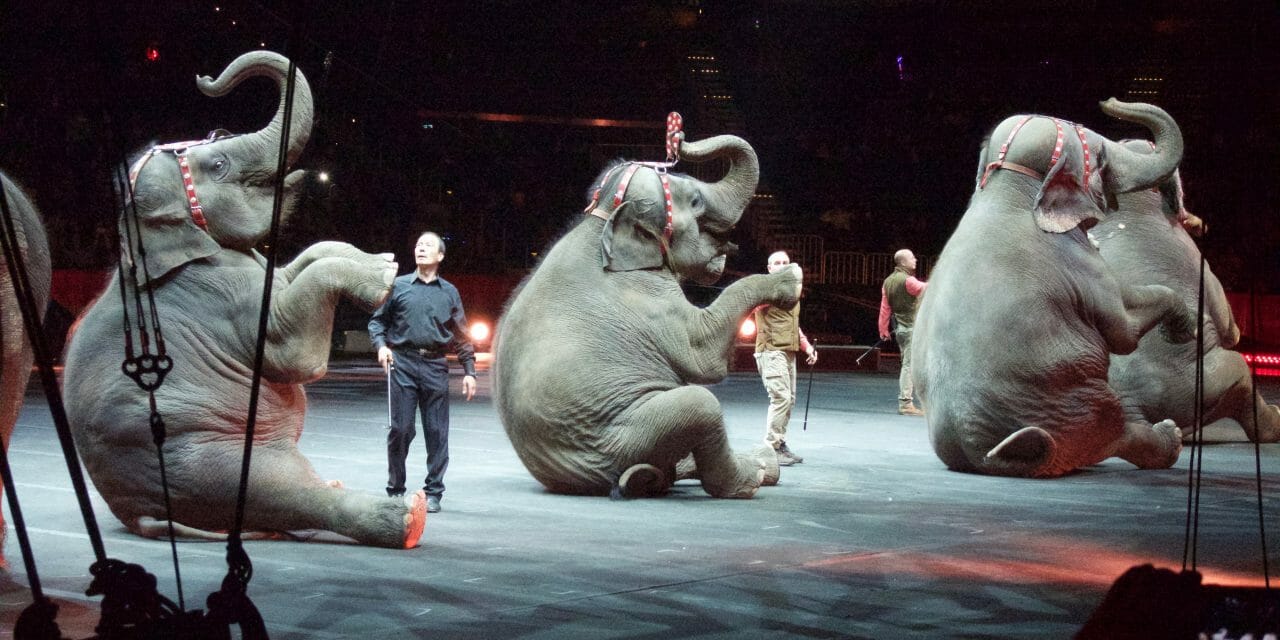 California is one step closer to making the state a kinder place for animals. State senators unanimously advanced SB-313, a bill that would prohibit forcing wild animals to perform in circus acts throughout the state.

Now it’s up to Gov. Gavin Newsom to sign it into law. If the bill does become law, California will join Hawaii and New Jersey as one of only three states moving to ban wild animals in circuses.

Under the law, monkeys, elephants, bears, tigers, and other animals would be protected from horrific abuse for human ‘entertainment.’ Circus animals are often confined to abhorrent living conditions, tortured with whips and prods during their “training” and forced to perform acts that cause them distress and fear.

This is all possible thanks to years of vigorous effort by many passionate animal advocates. Nearly 22,000 people signed the Lady Freethinker petition calling for the end of circus animal exploitation. We thank everyone who spoke out against the cruel circus industry.

While this is a step in the right direction, there is still work to be done. Sadly, the bill does not address the treatment of animals at rodeos, and dogs, cats, and horses will still be permitted in circus performances.

Still, California steps up as a leader among the states, unequivocally rejecting abusing wild animals for a circus spectacle. This achievement stands to inspire further animal welfare protections in the States.