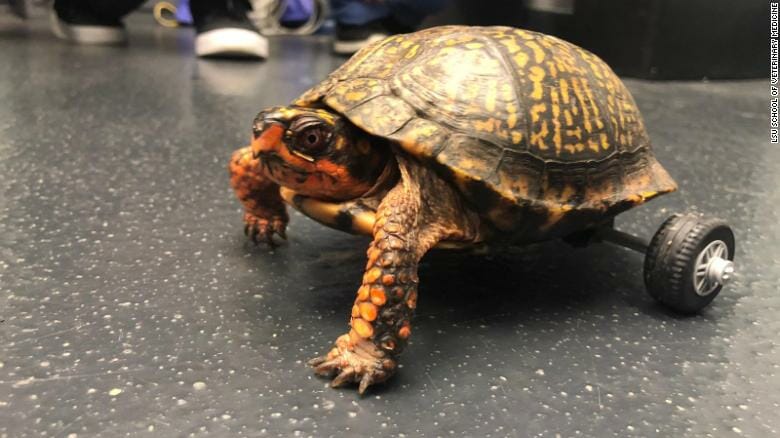 A box turtle named Pedro has been outfitted with a set of custom-made wheels after losing his back legs, thanks to doctors and students at Louisiana State University School of Veterinary Medicine in Baton Rouge, Louisiana. 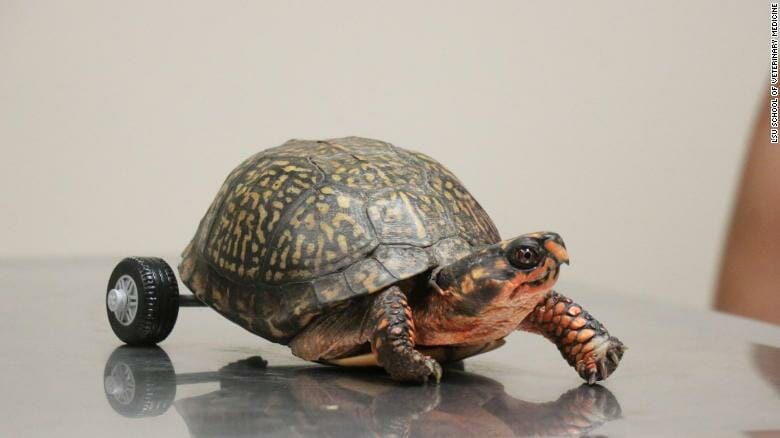 Pedro was already missing one leg when he was adopted by his guardian, Sanda Traylor, who rescued the 15-year-old turtle from a life of captivity. Traylor wanted Pedro to feel “at home,” so she placed him outdoors.

He somehow escaped from the backyard enclosure and was missing for several months. When Pedro returned, Traylor noticed he had lost his other back leg.

She took the turtle to LSU, where vets concluded that aside from his missing limbs, Pedro is healthy.

“There was nothing medically wrong with him,” Ginger Guttner, the communications manager for LSU’s School of Veterinary Medicine, stated in an interview with CNN. “But of course he didn’t have any back legs, so our doctors quickly had to figure out what they were going to do.”

To solve the unique challenge of helping Pedro regain his mobility, vets got creative. They built a set of wheels using parts from a Lego car kit and affixed them to the underside of Pedro’s shell with animal-safe epoxy. The wheels are removable, enabling the turtle to stay clean. 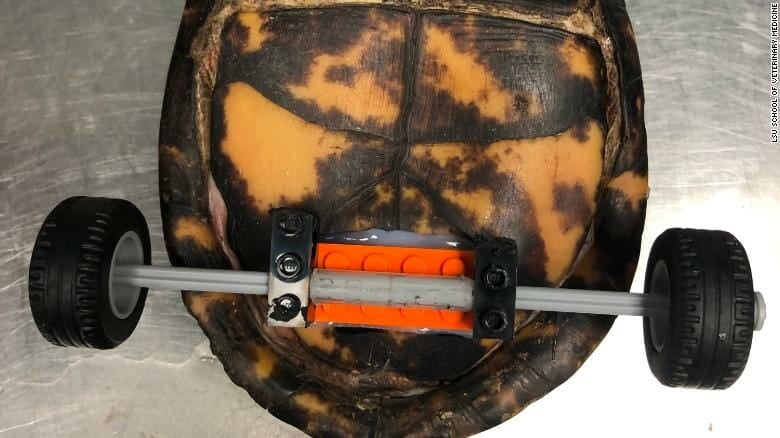 An intern named Kelly Rockwell came up with the idea of using wheels as prosthetic limbs for Pedro.

“This is the first time I ever put legs on, or wheels excuse me, on a turtle and it took some engineering, some creativity,” Rockwell said in an interview with Florida-based news station WFLA.

Veterinarians are often required to improvise when it comes to helping their patients.

“Our patients can be two grams or 2000 pounds, so we often have to look at things from a completely different perspective,” Guttner explained.

Pedro has adjusted well to his wheels, according to his family, who are pleased with the outcome.