Vegetation to the Rescue: Vertical Forests Cleaning Up Our Air 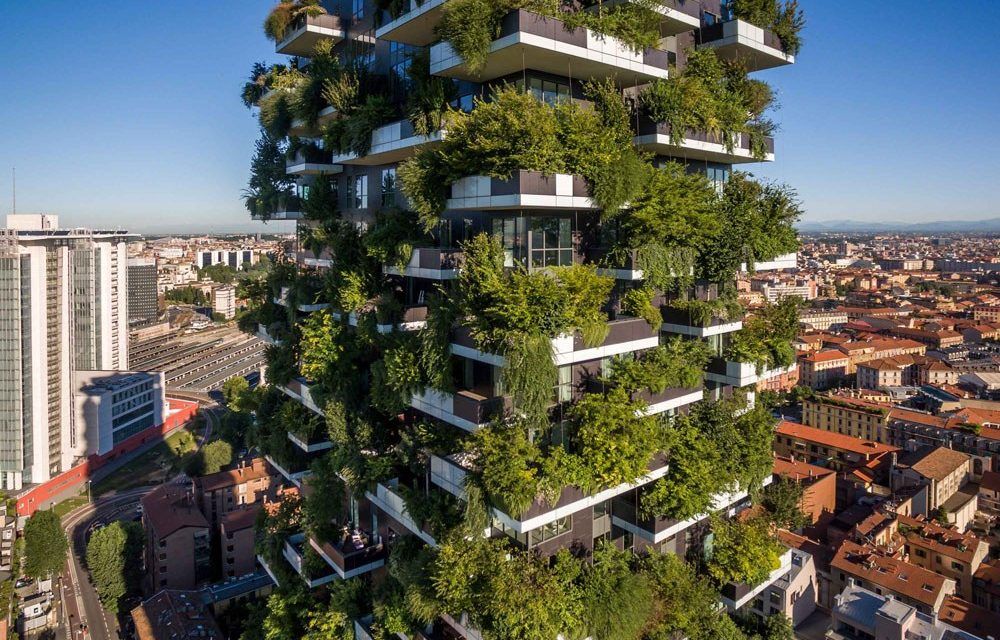 We bulldoze and trample our way through nature to create structures in which to live, dine, shop, lodge, and more. Our perpetual construction tends to eradicate nature from cities and even suburbs. But an architect named Stefano Boeri has created a way to reintroduce nature into our edifice-laden civilization.

Bosco Verticale (translates to “Vertical Forest”) was the first vertical forest ever built; Boeri’s design was constructed in Milan, Italy in 2014.  It consists of two residential buildings boasting 900 trees and 200,000 plants (a variety of shrubs and florals) placed according to sun exposure.

Bosco Verticale brought reforestation and naturalization into the city. The structures include an ecosystem that attract birds and bees, filling the air with the chirping and buzzing of the countryside.

The vegetation creates a microclimate that produces humidity and absorbs carbon dioxide and dust particles while producing oxygen, combatting air pollution. Each piece of greenery was carefully selected after the architect consulted with botanists to determine which size and type of plant should be in each spot. The flora was all grown specifically for Bosco Verticale; it took two years to grow the plants and map the layout. The architects and botanists could plan the color of vertical forest buildings by choosing plants that turn various hues in different seasons.

Boeri notes that the objective is for multiple vertical forests to, “… set up a network of environmental corridors which will give life to the main parks in the city, bringing together the green space of avenues and gardens and interweaving various spaces of spontaneous vegetation growth.” He calls the buildings living architecture. 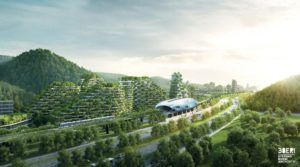 The most ambitious of Boeri’s projects are “forest cities.” The Liuzhou Forest City will be built in China as a green and fully wired town. The forest will include residential areas, commercial areas, two schools, and a hospital. It will be energy self-sufficient with geothermal energy for inside air-conditioning and solar panels to collect renewable energy.

Some other vertical forest projects than have been designed and/or built are the Hawthorne Tower in Utrecht in the Netherlands, which will house young professionals, empty nesters, and others; a hospital in Milan; the Urban Tower in in Antwerp, Belgium; Tarantao Island’s center in Italy; a master plan for Tirana, Albania; and Forte Villa in Shanghai, China.

Stefano Boeri’s many vertical forest architectural plans harmonize nature with manmade structures. The vegetation is an ecological dream — and vertical forests are as aesthetically beautiful as they are healthy for people to breathe.