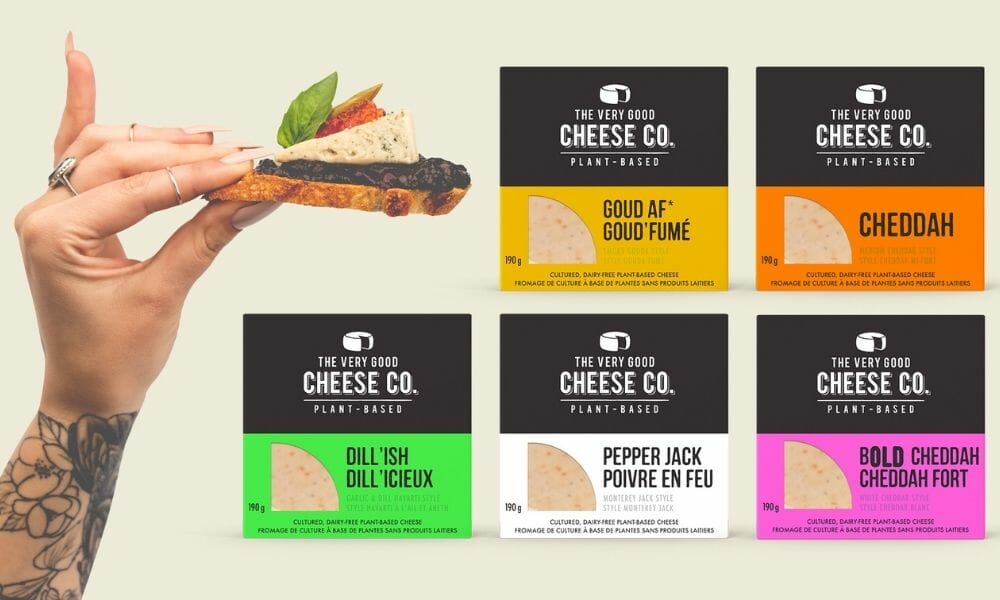 The Very Good Food Company is now slicing up plant-based cheeses under its newest brand, the Very Good Cheese Company.

Made from fermented cashews, the “cheeses” — which include cheddar, dill-Havarti, smoky gouda, and pepper jack — are soy and gluten-free. Their debut follows the company’s recent acquisition of vegan cheese producer The Cultured Nut Inc., which is known for its block-style cheeses.

“I am very proud of the Very Good team’s quick execution on our strategy, allowing us to enter the plant-based cheese market in record time,” Co-Founder and CEO Mitchell Scott said in a press release.

These cruelty-free products have already received positive feedback from consumers. The new cheeses will be available online in the coming weeks and will hit retail stores in the fall.

Plant-based cheese is about more than just tasting great. Recent research shows that air pollution from the manufacture of animal products —  including meat, dairy, eggs, and livestock feed — kills exponentially more Americans than vegetable crops that are grown exclusively for human consumption. Eating vegan cheese also saves animals from torture and death, as baby male calves are killed by dairy farmers because it’s too expensive to keep them alive. Shifting to plant-based goodness is healthy for us, the animals, and the planet.

Founded in 2016 with “a mission to show that making good choices doesn’t mean sacrificing flavor,” the Very Good Food Company uses minimal processing to create delicious and healthy plant-based foods. The products are available in Canadian grocery stores and online throughout North America, and its retail presence is expected to grow following a recently signed U.S. distribution agreement with United Natural Foods (UNFI).