A Utah petting zoo with 40 documented instances of noncompliance with mandated animal welfare standards has been cited again by the U.S. Department of Agriculture (USDA), with an inspector noting the conditions “could lead to serious injury or death,” according to the inspection report.

Ivie Acres Farm, a petting zoo based in Granstville, Utah, offers paid interactions with farm animals, pony rides, and animal rentals “for film, plays, promotions, photography, and photo shoots” at a rate of $100 to $150 an hour per animal, according to the Farm’s website.

The website advises visitors that “we meet and exceed all the requirements of the Animal Welfare Act” and that “We have a wealth of knowledge and a flawless safety record.”

But at the Farm’s most recent inspection on Feb. 9, 2022, inspectors cited two more instances of noncompliance.

One noncompliance involved outdoor pens – housing 69 hoofstock, exotics, and foxes – with “a large amount of baler twine on the ground in every pen,” as well as trash and debris on the ground. The report documented an alpaca with a “loop of twine around its neck.” The inspector noted these conditions are dangerous and potentially fatal, according to the report.

As a separate violation of federal standards, the report also noted that Ivie Acres Farm did not provide required acquisition or sales records for any of the 83 observed animals.

Public records also show a citation, filed by the USDA on Aug. 5, 2021, regarding a penalty assessed against Ivie Acres for $2,025 and citing a long list of noncompliance observed during inspections in 2018 and 2019, including capybaras with hair loss, cattle who “appeared to be underweight, with prominent ribs and pelvic bones,” rabbit enclosures with temperatures between 98 and 105 degrees, failure to provide “food of sufficient quantity,” failure to provide sufficient and potable water to rabbits, and excessive fecal buildup. 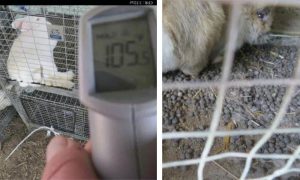 Ivie Acres Farm provided Lady Freethinker with a press release dated Nov. 6, 2019 that appeared to be issued by a law firm and that said “Ivie Acres Farms provides loving care to all of its animals.” The law firm whose name appears on the provided press release did not respond to repeated media inquiries prior to publication of this story.

Sherrie Ivie also said via email that the violations identified in the Feb. 9, 2022, inspection “have been corrected, improved, with continual upgrading and daily maintenance” but declined to comment on the other USDA-documented noncompliances.

“The USDA is monitoring us closely,” Ivie told LFT via email. “People don’t understand that the noncompliance [sic] are used to make our farm Improved and better and safer for the animals. I have nothing more to say on the matter. The non-compliances were remedied with USDA and paid with a fine.” 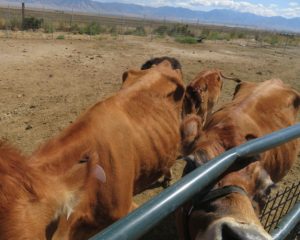 The USDA had documented 11 of those noncompliances at Ivie Acres Farm before a March 2018 inspection report  in which the inspector wrote that one person was providing all feeding and care for the animals and that “[a]cceptable levels of husbandry and care were not being provided, resulting in unsanitary conditions and lack of feed and water which can lead to pain, suffering and illness of animals.”

But Ivie Acres kept their license and kept operating, with issues of noncompliance noted by inspectors at six inspections in 2018 alone.

Those issues included a 6-month-old zebra named Zoey who fell out of an improperly secured livestock trailer, was dragged down the interstate, and suffered such severe injuries to her forearm, lower abdomen, flank, hind limb, and muscles that she had to be euthanized “due to the extensive wounds and poor prognosis,” according to a USDA inspection report. 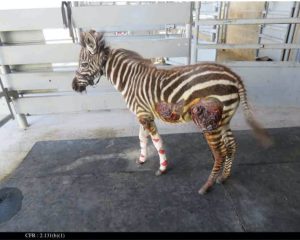 Inspectors also found a camel on the ground foaming at the mouth, a Southdown sheep stained with urine and feces limping and “reluctant to move around,” six rabbits who “had no food in the feeders” and a pair of rabbits housed in an enclosure with empty water bottles who, when provided with water, drank for “over 10 minutes,” and water tubs with a “large amount of green slime,” according to another 2018 inspection report. 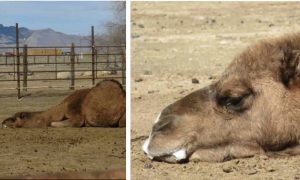 During a different visit that year, inspectors reported ​​a 5-year-old dwarf rabbit with hair loss, wounds, and a swollen and draining eye and a female camel who was found dead with her head and neck “wrapped around a fence pole” and “her feet and legs were tangled in the fence rails,” according to the inspection report. 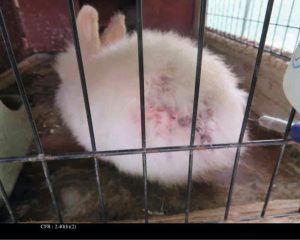 At the time of this story’s publication, noncompliance or “teachable moments” had been documented by federal inspectors at 16 of 22 inspections at Ivie Acres since 2016 – or about 73 percent, according to USDA records.

Other noncompliances reported by federal inspectors over the years include tubs of water with “floating mats of green algae”, damaged fencing, clutter, improper food storage, excessive numbers of flies, and other sanitation issues including excessive amounts of feces, according to the inspection reports. 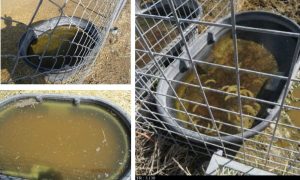 In several of those reports, the inspectors asked for immediate action and noted that corrective measures included an employee giving animals food and water, separating animals, scrubbing affected water tubs, and contacting the attending veterinarian.

USDA Spokesperson Richard Bell said the agency does not comment on exhibitors beyond what is included in inspection reports and that “we don’t have a comment about Ms. Ivie.”

He offered the following statement to address the agency’s overall commitment to ensuring animal welfare: “APHIS takes the welfare of animals very seriously. Our investigative process for individuals and/or businesses found out of compliance with the Animal Welfare Act (AWA) may lead to an enforcement action. If deficiencies remain uncorrected at subsequent inspections, APHIS considers legal action. Repeat non-compliances and serious incidents may warrant enforcement actions such as letters of warning, monetary penalties, license suspensions and revocations.”

Ivie Acres Farm reportedly brings in about $104,295 of annual revenue, according to Dun and Bradstreet, which tracks income of private businesses.

Lady Freethinker would like to remind our readers that while petting zoos or animal “rentals” may seem “fun” on the surface, the animals involved often suffer, and we strongly urge everyone to choose animal-free “entertainment” options instead. 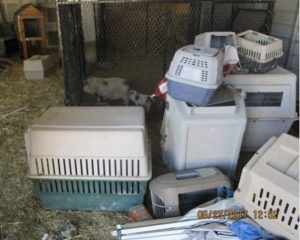