This is such a sweet video from Animal Defenders International and it features one of their most special rescues – a former circus bear named Cholita. This adorable bear spent fifteen years of her life in a Peruvian circus, exploited for entertainment and forced to live in a tiny cage. Cholita is an endangered Andean bear, also known as a spectacled bear. She was most likely illegally caught from the wild, and subjected to heartbreaking abuse in the circus industry.

She was finally confiscated by authorities 10 years ago, but was placed in a Peruvian zoo because at the time no proper home could be found for her. When Jan Creamer, president of Animal Defenders International (ADI), learned of Cholita’s story she immediately began talks with the zoo to secure the bear’s freedom. Thankfully zoo officials agreed that they could not provide her with the proper care, and ADI was allowed to transfer Cholita to sanctuary.

This sweet-natured bear is doing so much better in her new life, eventhough she still has many scars from the years of neglect and abuse. The chronic stress and extreme suffering of the circus industry had caused Cholita to develop an autoimmune disorder. As a result she has stress-related alopecia, which made all of her hair fall out and has left her almost completely bald. Although she now lives a care-free life and receives proper nutrition, it is unlikely that her hair will ever grow back. 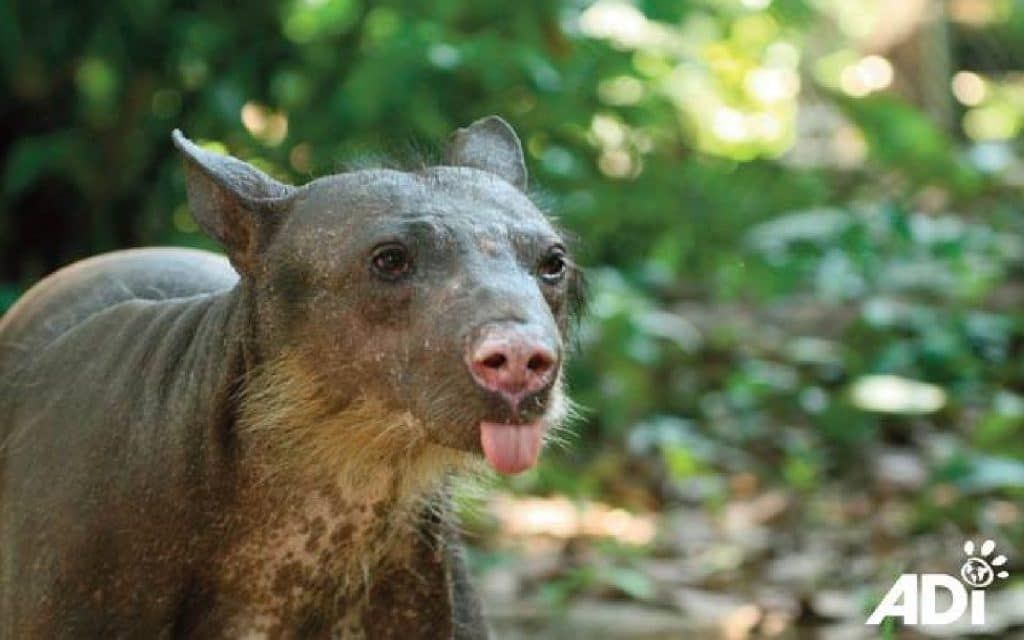 In addition to her skin problems, Cholita’s body has also been mutilated by the circus owners. The toes on both of her front paws were cut off to remove her claws, leaving her with only stumps. Her teeth were also broken, which according to ADI is common with bears in the circus industry. Her teeth were either broken on purpose to make her easier to handle, or she broke them herself by desperately trying to chew through the metal bars of her cage.

Luckily sweet Cholita was rescued and she is enjoying her new home, taking in the sounds and smells of the forest. Shortly after her rescue Cholita was joined by other spectacled bears named Lucho, Sabina and Dominga. They all currently reside at the Taricaya Ecological Reserve in the Peruvian Amazon, where they will be provided with lifelong care. ADI continues to work all across South America, rescuing animals from circuses and inadequate zoos.

Cholita is now living a life of leisure at the sanctuary, where she is able to frolic in natural wide-open spaces and make friends with other rescued bears. This endearing bear has had many challenges in her life, but as you can see from the video she’s left that abusive past behind her. And although she may look a little bit different than other bears, we still think that she is absolutely beautiful. You do you, sweetie… all you gotta be is you.