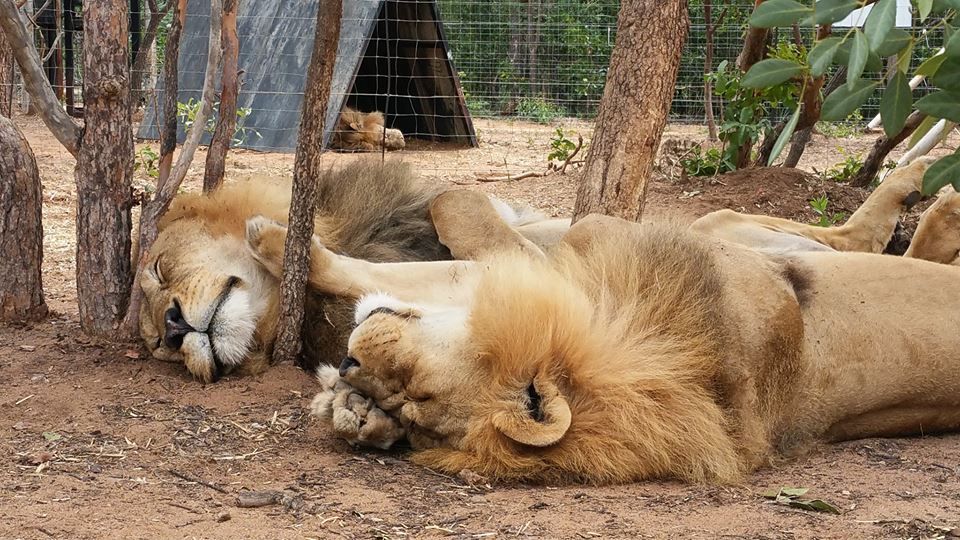 Freed from the abuse. The torment. The arenas filled with crowds of on-lookers, bright lights, loud music, and trainers with whips. Freed from countless days of performing for human amusement. For rescued circus animals, the life meant by nature can be lived at an animal sanctuary.

But for ex-circus lions José and Liso, a life of rest and peace was short lived, stolen by poachers who broke into the Emoya Big Cat Sanctuary (EBCS) in South Africa last week, killing both lions before severing their bodies, most likely to sell the parts.

According to nonprofit animal advocacy organization Animal Defenders International (ADI), the lions seem to have been poisoned. The incident is still under investigation by South Africa’s police and anti-poaching units.

“José and Liso had suffered a terrible life of abuse, but their new life in Africa had given them a new lease of life,” Jan Creamer, president of ADI, said in a statement, “We are heartbroken that these gentle souls have had their well-deserved freedom so cruelly taken from them and will do all that we can to ensure this cowardly killing does not go unpunished.”

In response to the horrible crime, “armed guards are in place and a range of additional security measures are being evaluated,” said ADI in an article.

Jose and Liso are two of over 30 lions rescued last year by ADI from circuses in Columbia and Peru that were flown to EBCS to live the rest of their lives peacefully. The rescue followed a 10-year effort by the organization, including continuous campaigning that resulted in the release and rescue of these animals from harsh circus life.

ADI referred to the pair as their “family members,” and vowed to take all necessary steps to protect the remaining rescued animals.