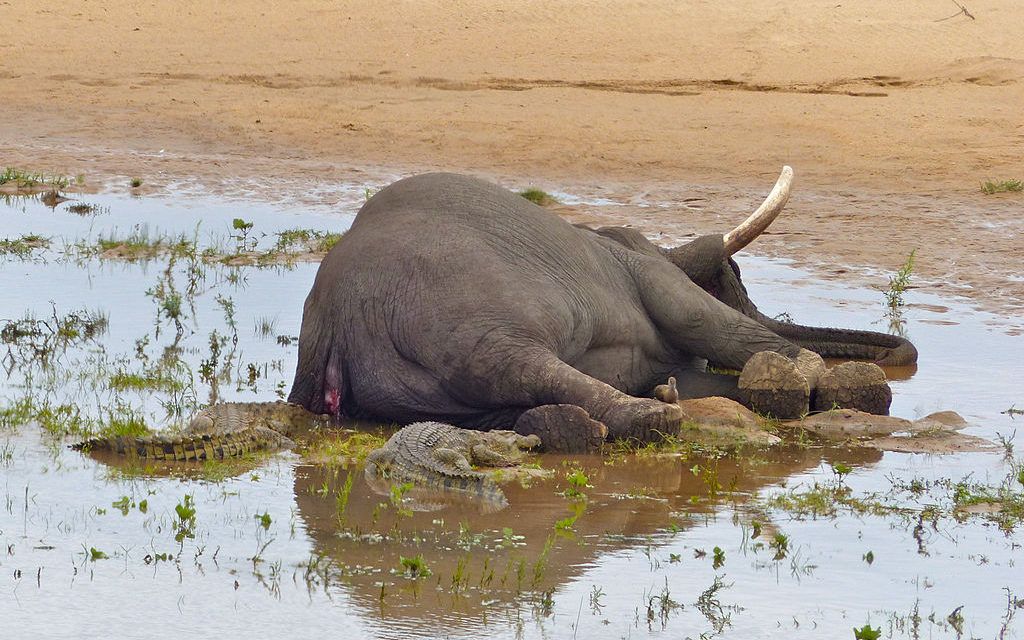 On Friday, at a national park in Zimbabwe, an elephant wast shot and killed by a group of big-game trophy hunters. As it died, it collapsed on the South African-based hunt leader and took his life.

Theunis Botha was a big-game hunter who ran an established hunting business. His company, Theunis Botha Big Game Safaris, developed a style of hunting that uses packs of dogs to drive animals like leopards, lions, and elephants towards hunters, who then slaughter them.

At the beginning of the 20th century, there were approximately 3-5 million elephants in Africa. Now there are fewer than 400,000. And yet big game hunting continues.

Botha and other big game hunters, as well as at least one established conservation organization, argue that this type of hunting supports efforts to protect nature and wildlife. They say the money hunters pay in fees can be used to help support local communities who would otherwise need to poach elephants to feed their families.

But this is simply not the case. Trophy hunting does not stop poaching. Money big game hunters pay in fees do not help local communities. And killing majestic animals with declining populations is not conservation.

It is truly unfortunate that Theunis Botha lost his life last week. But it is also unfortunate that it takes an event like this to put significant media attention & spotlight on the disturbing hobby of wealthy humans getting off by murdering animals from other species.

As we highlighted last week, elephants are intelligent, emotional beings. If you want to support them, don’t sign up to go murder one– support a group like the Global Sanctuary for Elephants that is working tirelessly to protect, rescue, and provide sanctuary for them.