Three Abandoned Kittens with No Eyelids Get Second Chance at Life 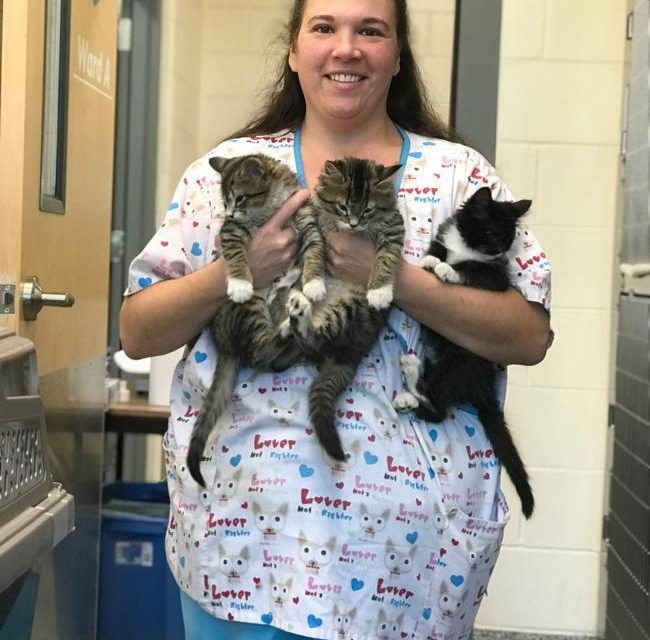 Marie, Berlioz, and Toulouse were born with a rare condition called agenesis. This means that they were born without their eyelids and therefore unable to blink. Without surgical intervention, they will eventually lose their eyesight.

The trio was discovered in Randolph, Massachusetts in September after being abandoned outdoors without collars or microchips. A concerned animal lover picked them up and brought them to Randolph Animal Hospital, where the felines spent several weeks before being transferred to MSPCA-Angell in Boston.

At MSPCA’s Angell Medical Center, the kittens are under the care of ophthalmologist Dr. Martin Coster, who has performed sight-saving surgeries on other pets. Dr. Coster knows he can help these kittens.

This year, two of the kittens will have slivers from their lower lips transferred to their blinking muscles, effectively replacing their eyelids. After the surgery, they’ll be able to keep their eyes hydrated and blink.

Next week, the last kitten, Marie, will undergo cryotherapy surgery. Her agenesis is not as severe as the other two kittens and therefore warrants this less invasive procedure.

Dr. Coster has performed these procedures on other animals, including a cat named Phil, a feline who is perfectly happy and healthy after having his eyelids replaced in 2014. The doctor is donating his time to perform these important surgeries on the three kittens.

The three surgeries will cost around $5,000, and are being paid for through Spike’s Fund, an MSPCA-Angell sponsored fund that finances medical costs for homeless animals in the MSPCA’s Boston adoption center.