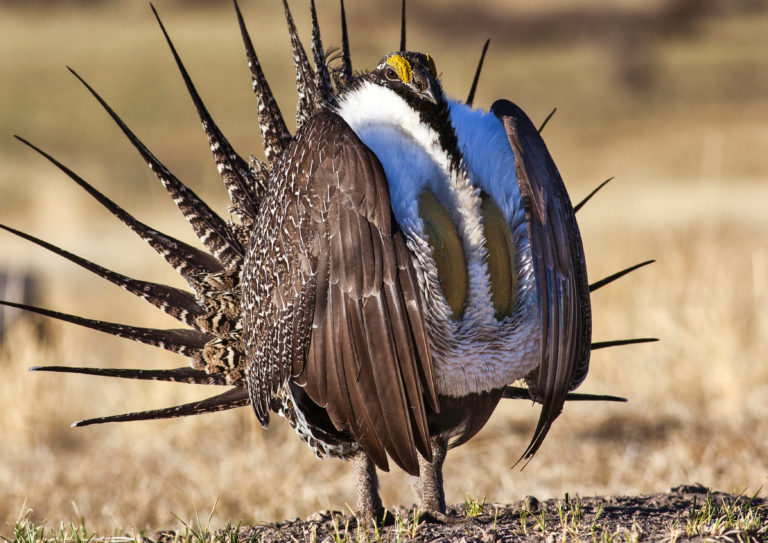 Sage grouse, iconic animals known for their showy plumage and eccentric mating dances, have a new shot at survival following a federal court ruling that says they could deserve protections under the Endangered Species Act (ESA).

U.S. District Judge Jacqueline Scott Corley ruled the federal government had wrongly withdrawn a proposal for the protection of bi-state sage grouse, a genetically diverse subpopulation that only inhabits a limited area along the Nevada-California border.

The government failed to consider the impacts of natural disasters, such as ongoing wildfires and droughts, the small overall population of the bi-state sage grouse, and the significance of the potential loss of this vulnerable species, Corley said.

The decision will force the U.S. Fish and Wildlife Service (FWS) to re-evaluate whether the disappearing animals merit ESA protections and was applauded by the groups that challenged the withdrawal.

“These rare dancing birds have a shot at survival thanks to this court decision,” said Ilene Anderson, a senior scientist at the Center for Biological Diversity. “Without the Endangered Species Act’s legal protections, multiple threats will just keep pushing these grouse toward extinction.”

Millions of sage grouse used to roam the United States, but their populations have plunged in recent decades due to numerous threats to their habitats — including cattle grazing, cheatgrass invasion, residential development, wildfires and drought.

The animals also have had a troubled history with the federal government and the FWS, the agency tasked with monitoring them.

The birds were listed as “threatened” in 2013, but the FWS dropped a proposal to further protect them in 2015. In 2018, a court ordered a re-evaluation, but in 2020 the proposal dropped once again.

This round, several environmental and conservation groups — Desert Survivors, the Center for Biological Diversity, the Western Watersheds Project, and WildEarth Guardians — sued, resulting in the recent ruling.

“The Fish and Wildlife Service must address the threats to these birds and their habitat, as well as the failure of existing efforts to halt their decline,” said WildEarth Guardians Attorney Joe Busyhead.

WildEarth Guardians reported that efforts to help the birds, including barbed wire fencing with markers to reduce collisions with sheep and cattle, and vegetation treatments haven’t stopped the bi-state sage grouse’s decline.

Meanwhile, the birds’ habitat has decreased by more than 136,000 acres over the past 11 years.

Earlier this year, the sage grouse had another victory, when a Montana district court judge invalidated hundreds of oil and gas leases that spanned thousands of acres of formerly protected grouse habitat that had been opened to drilling following a 2017 policy reversal.

We’re ecstatic over these two critical developments for these precious and imperiled birds, whose right to exist shouldn’t be threatened by human encroachment and activities. 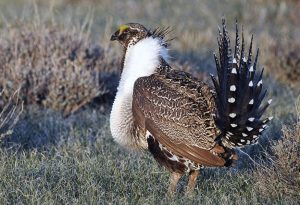