This Former Death-Row Pit Bull Now Has A ‘PhD’ 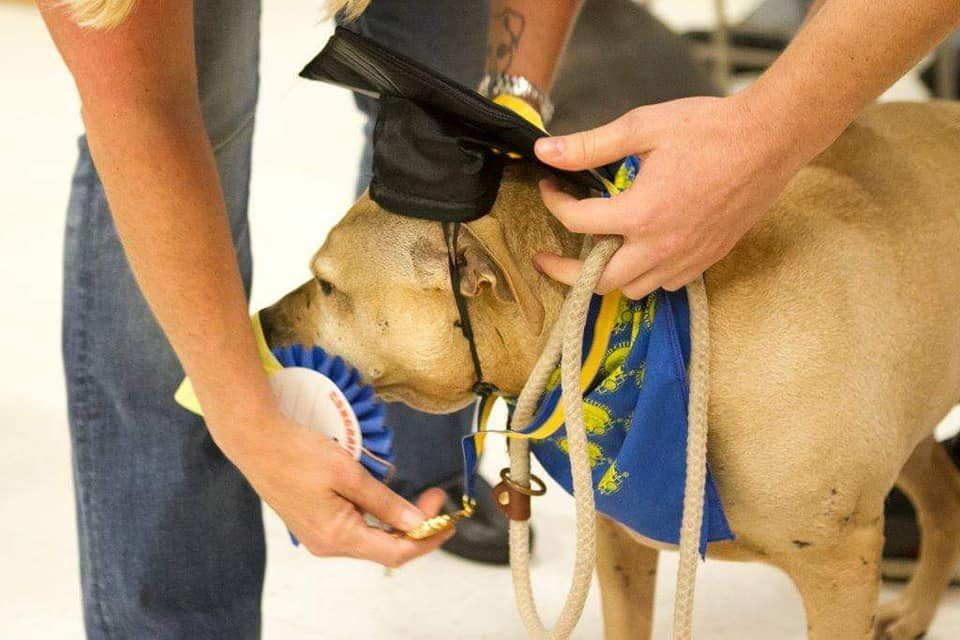 Cuddles (or should we say Dr. Cuddles) has come a long way from her dark past. She is one of 21 pit bulls seized during a 2015 police raid of an Ontario dogfighting ring.

After the bust, the dogs were taken to the Ontario Society for the Prevention of Cruelty to Animals (OSPCA) for a behavioral evaluation. It was quickly determined they were dangerous, and the evaluator recommended euthanizing all of them — including Cuddles.

Animal rights organizations fought against the “Ontario 21” euthanization plan by taking the case to court. Following a two-year legal battle, permission was granted for the dogs to be reassessed by a third-party evaluator.

A highly qualified dog behavioral expert from Jacksonville, Florida named Jim Crosby was chosen for the task. By then, some puppies had been born, and the Ontario 21 became the Ontario 31. He determined 29 of the dogs were fit to be trained and re-homed.

Cuddles was placed in the care of the Florida-based non-profit Pit Sisters and became part of their prison program, TAILS (Teaching Animals and Inmates Life Skills). The program pairs “hard to adopt” dogs with prison inmates, who train and socialize the canines. The dogs also help the prisoners heal emotionally.

TAILS has many success stories, and Cuddles is one of them. She did so well, in fact, that the Association of Professional Dog Trainers awarded her with a Ph.D. She also received a Canine Good Citizen certification from the American Kennel Club.

After spending her first years literally fighting for her life, Cuddles was adopted by veteran and retired firefighter Billy Brauer from New York, who recently suffered a stroke.

Brauer and Cuddles quickly became best friends. Finding a forever home not only meant a second chance for Cuddles but also a chance to heal for Brauer, who suffers from anxiety and depression. Together, they’re a perfect pair. 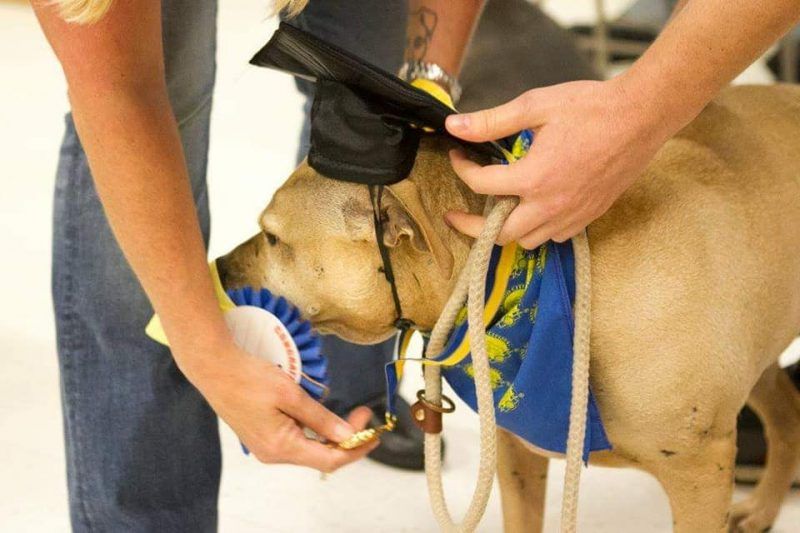