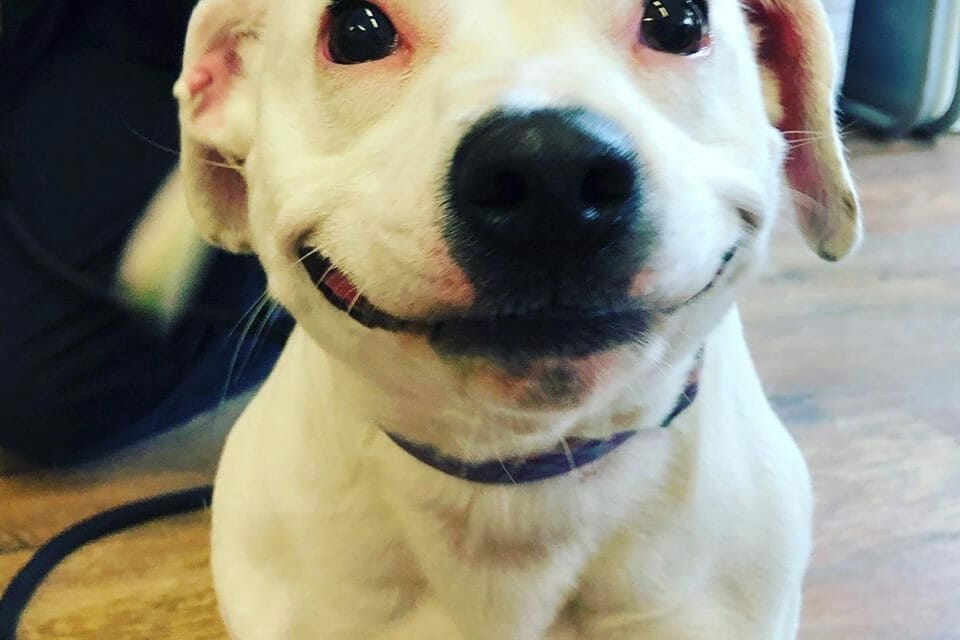 Thanks to her adorable smile, Sybil has found a loving forever home.

Staffordshire bull terriers, often called “Staffies” for short, struggle to get adopted due to a widespread misconception that they’re aggressive and dangerous, but Sybil found her new family within days of arriving at All Dogs Matter in north London.

After Sybil was captured as a stray by a dog warden and taken to an animal rescue, the shelter staff photographed her and posted her arrival to social media. She quickly gained hundreds of fans, who fell in love with her cartoon-like grin.

Sybil’s new guardian, Frankie Murphy of Hertfordshire, was one of the many people who fell head-over-heels for her.

“We saw her lovely little smile and couldn’t resist,” Frankie told MetroUK. “Even though we knew she had a lot of interest from the Twitter post, we got in contact with the charity in hopes that she was still available.”

“When we went to visit her,” she continued, “we fell in love with her straight away.”

The happy-go-lucky pup spent a few days with Frankie and her family to ensure they were a good fit for each other, and things worked out splendidly. They took her home for good exactly one year after their last beloved canine passed away and named her after Lady Sybil, a character from the hit TV show Downton Abbey. 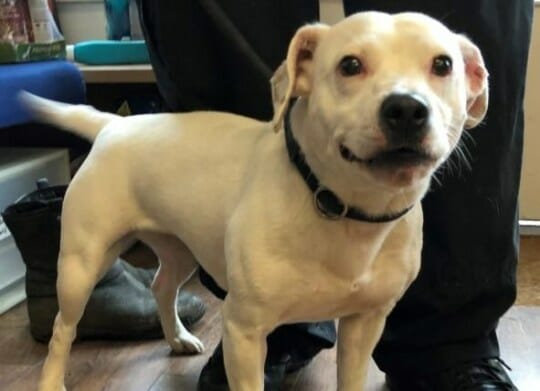 The family reported that Sybil is adjusting well to her new home.

“She’s so good,” Frankie said. “She follows my dad around like a little shadow. She is so intelligent too. She has managed to open our back door. She’s not tall enough to reach the handle, but she can push it with her nose and open it.”

Sybil’s story reminds us to never judge a dog by his or her breed.