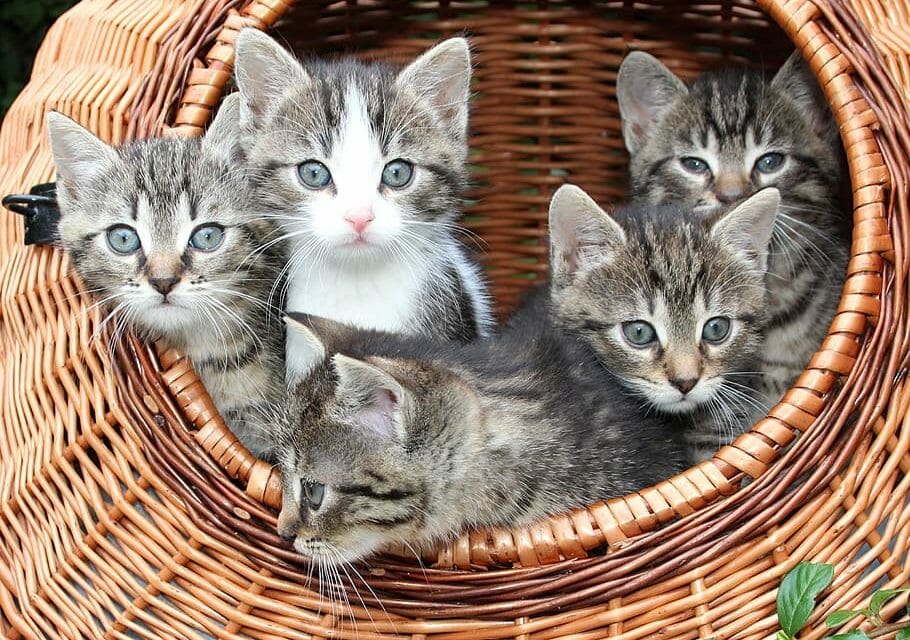 Sometimes the littlest things can make a big difference.

Lori Irby discovered how true that statement is when she started bringing kittens into her workplace at a senior living community in Anaheim, Calif.

Irby fosters rescue kittens for the local chapter of the American Society for the Prevention of Cruelty to Animals (ASPCA), often taking in three or four at a time. Because many of the kittens brought to shelters are not fully weaned, she has to bottle feed her fosters every few hours.

To make that daily task easier, she set up a playpen in her office. Almost immediately, her workspace became a popular destination among residents.

And that gave her an idea.

“I asked our activities director if she could put me on the calendar one day for kitten therapy,” Irby told Daily Paws.

The one-day event was so popular that a weekly kitten playgroup quickly formed. The program now is in its third year.

For 45 minutes each week, residents take turns holding tiny foster kittens, who are often as young as two weeks old. For the seniors, tenderly holding and petting a kitten has provided the kind contact known to improve mental health and lessen feelings of loneliness.

Irby said the presence of her foster kittens particularly helped during the first wave of the COVID-19 pandemic in 2020. At that time, staff highly restricted visitations to the senior community, leaving many residents feeling alone and disconnected.

Kitten therapy offered them a safe way to socialize and share affection.

“There was one resident in particular who was suffering from PTSD and depression, but when she picked up a kitten, she instantly changed,” Irby told The Washington Post. “She was smiling and calm for the first time in a long time.”

The therapy sessions are just as crucial to the kittens’ development, too. Cats who interact with humans when they are between 2 and 7 weeks old learn not to be afraid of people, according to Tina Reddington Fried, director of the Los Angeles ASPCA’s volunteer and kitten programs who said socialization is crucial for the kittens who end up at shelters.

“Everyone wants the ‘cuddle’ cats — the ones that will sit on a lap and like to be played with,” Fried told The Washington Post. “So what Lori is doing is actually helping to save kittens and get them into homes.”

About a dozen residents show up each week to play with the kittens and help them socialize. For many, it’s the highlight of the week.

“It’s given residents something to look forward to, especially during the pandemic,” Irby said. “There’s just something really warm and comforting about holding a purring kitten.”