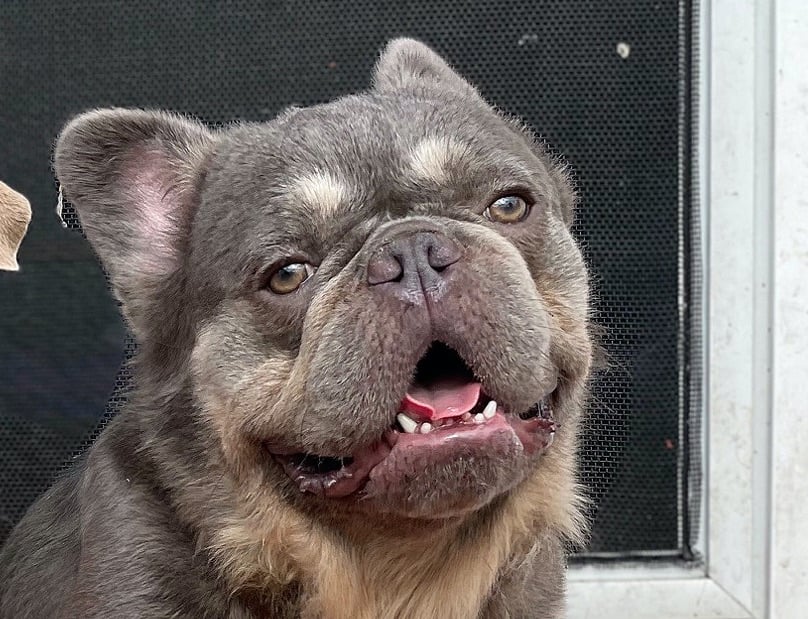 A friendly French bulldog now named Stanley is looking forward to a brighter future after police rescued him from horribly disgusting conditions at a puppy mill and relocated him and 140 other canines to reputable rescues in California.

Modesto police found Stanley and his fellow canine victims stacked in crates with hardly any room to move and covered in filth, People magazine reported. The dog owner has since been connected to a number of social media accounts promoting the sale of French bulldogs, for thousands of dollars.

Fortunately, animal welfare authorities found several reputable rescues that stepped up to take care of the dogs as they await adoption into loving homes. Stanley ended up at Road Dogs & Rescue, a nonprofit whose rescuers describe him as one of the happiest dogs around, with an almost ever-present smile on his face, despite the traumatic experience he suffered while confined at the puppy mill.

While Stanley is now thriving in his new life, Road Dogs hopes his story will encourage people to thoroughly research the breeders and businesses that supply their pets.

“All they want is money — and they don’t spend any of it on taking care of their dogs,” Road Dogs Founder Nikki Carvey told People. That’s how you end up with a situation like Stanley’s, where dogs spend their lives in cages, living in filth.”

This shocking case of animal use for profit highlights an even more important message — that potential pet parents should always visit a local rescue or shelter and adopt, rather than shop, to provide loving homes to deserving animals while not catering to the demand for breeding mills.

One of the loving dogs who needs a good home — is Stanley.

Road Dogs posted a charming video of Stanley’s journey and he’s finally getting a chance to enjoy life — including his first trip to the beach — alongside a message that they are now accepting applications for loving forever homes for him.

“To make up for his past, he deserves the best home!” the nonprofit wrote on Facebook. “One that is Frenchie/bulldog experienced with the time, love, and resources to give him an amazing life. Our goal is to place him locally in SoCal but may consider out-of-state for an exceptional home.”
Those interested in learning more about Road Dogs can visit the nonprofit’s website here.