Home » Animals » Sweet Mama Cat and the Orphaned Kitten She Adopted Both Looking for Forever HomesBy Joe Taglieri | May 25, 2022 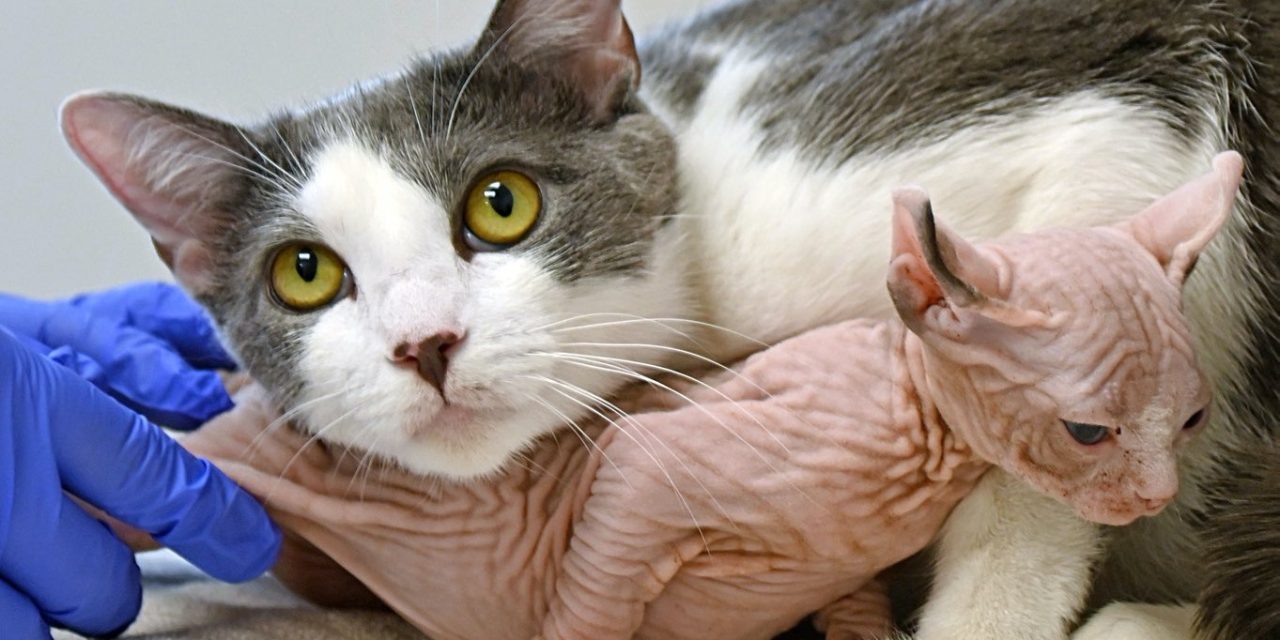 Ballerina and Cleopatra. (Photo by the Helen Woodward Animal Shelter)

A shelter cat who had recently given birth to three of her own kittens adopted an orphaned Sphynx kitten in a heartwarming act of kindness and maternal love.

Ballerina, described as an “extremely affectionate” domestic shorthair,  is now “in love” with her adopted kitten Cleopatra, shelter staff reported.

This touching story of animal kindness began with a “desperate” situation. Newborn Cleopatra’s mother showed no interest in caring for her, and, sadly, her kitten siblings had died, staff members at the Helen Woodward Animal Center told People magazine.

Staffers started bottle-feeding baby Cleopatra back to health, but they were concerned because the love of another cat was truly what this young orphan needed most, according to news reports.

Fortunately, a short time later, the shelter took in pregnant  Bellarina, who took Cleopatra in as one of her own after giving birth, the Animal Center posted on Facebook.

“Animals are amazing,” said Animal Center Foster Program Supervisor Erin Schmitt in the post. “It’s as though Ballerina sensed a need in Cleo and decided to not only provide her nourishment but provide her all the love she’d been missing.”

Ballerina and Cleopatra are both in need of forever homes, along with Ballerina’s three other kittens Bean, Biscuit, and Bunny, The Cattington Post reported.

If you’re interested in adopting any of these five adorable and loving cats, visit animalcenter.org/adopt-a-pet, call 858-756-4117 or visit the center in Rancho Santa Fe, California. 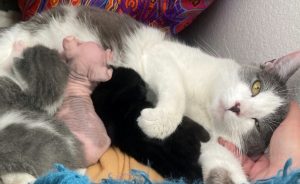 Ballerina feeds Cleopatra and her other kittens. (Photo by the Helen Woodward Animal Center)