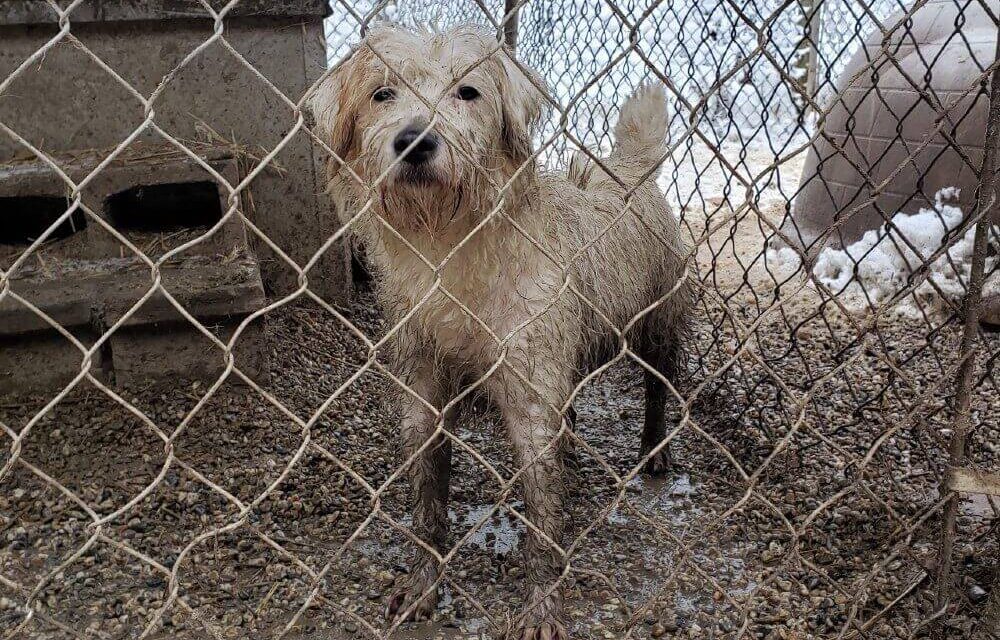 Ruthie, one of 39 dogs recently seized from a notorious breeder and repeat offender in Michigan following an undercover investigation from nonprofit People for the Ethical Treatment of Animals (PETA), has learned to trust humans again with lots of patience and loving care in her new forever home.

But it’s been a process. Ruthie formerly spent her life outdoors in a muddy pen, while being repeatedly bred to produce puppies for JRT John’s Jack Russelll Terriers, according to PETA.

Kenny said it took five days for Ruthie to look him in the eye, according to a video released by PETA,  while Nikki added that in her first days of freedom the tiny dog would back away and hide every chance she got.

The couple fortunately was dog sitting for two other sweet dogs when they brought Ruthie home, and Kenny credits the resulting bond as key to Ruthie’s recovery.

“They pretty much taught her the ins and outs of everything here,” he said.

PETA’s undercover investigator documented dozens of dogs confined to barren, outdoor kennels where they endured cold, rain, and snow with little protection. The kennel owner reportedly told PETA’s investigator in winter that breaking through iced-over water bowls or instead providing dogs with liquid water was “not needed” and also told the investigator in summer to “swish” algae-coated water bowls.

The investigator also documented mother dogs and puppies kept in urine-soaked boxes in a carport under piles of trash and debris. The breeder also reportedly was severing and twisting off puppies’ tails and using nail clippers to cut off the dogs’ dewclaws (which contain bones), according to PETA.

Jones’ next hearing is on Sept. 20, according to court records.

The charges follow a 4-day sit-in by PETA activists at the Missaukee County Sheriff’s Office to get action.  In January, 39 dogs were rescued by sheriff deputies, who were assisted by officers from the Clare, Roscommon, Wexford, and Grand Traverse animal control services and the Missaukee County Humane Society. 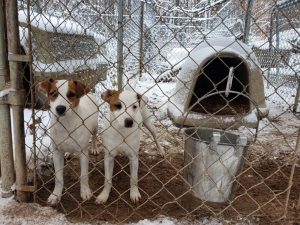 Thankfully, 28th Circuit Court Judge Jason Elmore already has ruled that the confiscated dogs be placed up for adoption, rather than returned to Jones.

Kenny said adopting Ruthie, his first rescue dog, has been an eye-opening experience.

“Five or six years without having a name or a toy or a leash, a walk, the whole thing is just horrific,” he said. “But we knew we could do something, and we did something, and here we are.”

PETA in a press release urged people to always adopt when searching for a companion animal.

“As long as people buy from breeders rather than adopting from shelters, other wonderful dogs will be caged or penned in puppy mills and deprived of the care and love they need,” said PETA Vice President Daphna Nachminovitch.

“PETA reminds everyone that breeders see dogs as breeding machines, they’re simply to churn out pups for them to sell,” she added.

PETA’s petition to the Michigan Department of Agriculture and Rural Development (MARD) asking for an immediate investigation into conditions at the kennel had been signed by more than 62,400 people as of the end of August.