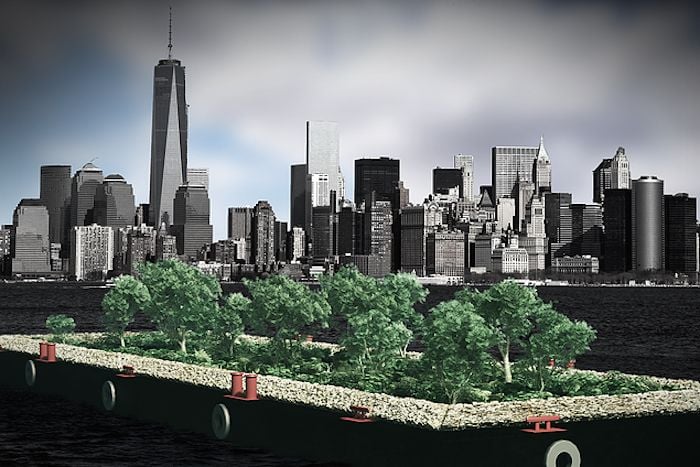 At most art exhibits, visitors don’t get to eat the artwork.

But onboard the Swale sculpture, a floating food forest that’s as utilitarian as it is creative, chewing on scenery is part of the experience. In this work, guests will be encouraged to pick the berries, chard, asparagus and other produce that fills the forest and eat to their heart’s content.

Swale is scheduled to launch late this month in New York City, floating against the backdrop of the cityscape. It will travel along the Hudson River, docking at various points in Manhattan, Brooklyn and the Bronx.

Swale tackles the question of whether food should be provided as a public service, available for free to sustain the community.

“I wanted to use the commons of the water to imagine another commons in New York, food,” Swale founder Mary Mattingly told Lady Freethinker.  “I hope it will be experiential and active, but also symbolic for another way to think about urban space here in New York City, and what it can provide.”

Swale is a part of the New York City Urban Field Station (UFS), a collaboration by the USDA Forest Service and NYC Department of Parks and Recreation to promote environmental stewardship and education on ecology, particularly urban ecosystems. Mattingly is an artist-in-residence of UFS. 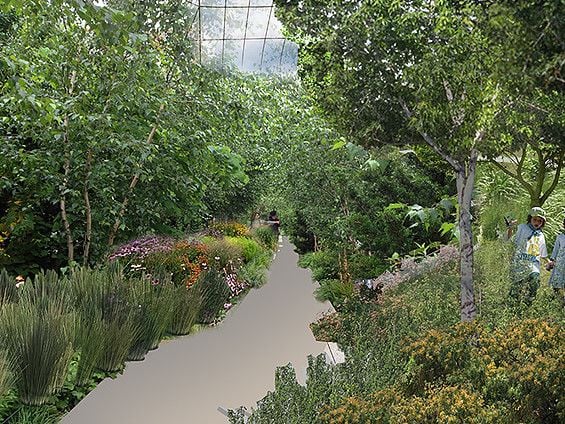 While food forests exist in other major cities — including Seattle and Philadelphia — Swale will be the first in modern-day NYC. That’s because nearly 100 years ago the city banned urban foraging for fear that the greenery would be decimated.

But Mattingly takes a different view, saying, “One of the goals is to…work towards policy change in a city where it’s still illegal to grow public food in public spaces. As a team we really believe that the more spaces can provide for our basic needs, the more not only resilient but also regenerative the city can be. ”