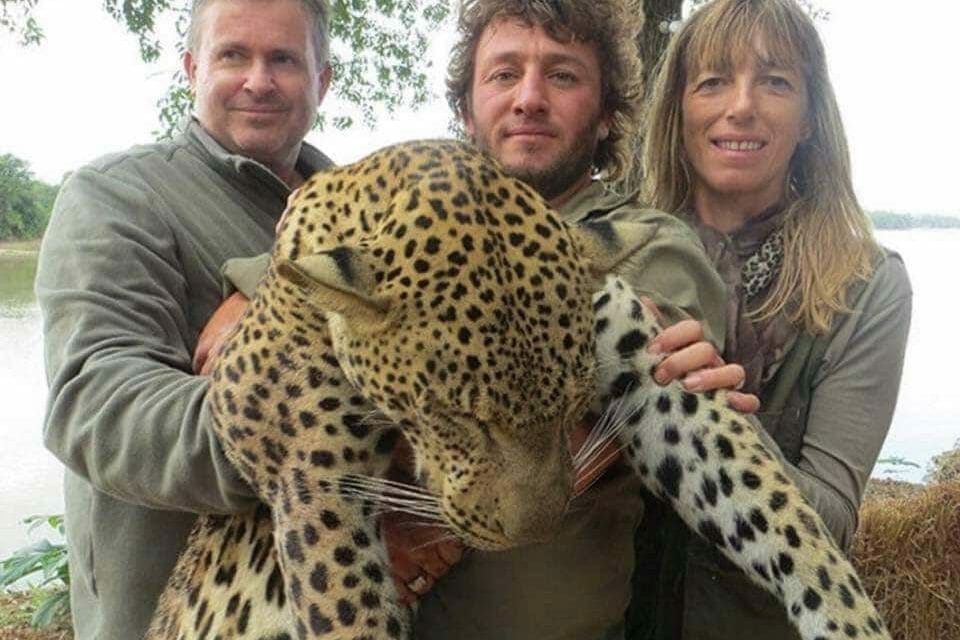 A French couple who posed with the dead animals they’d slaughtered during a trophy hunt in Africa have lost their jobs after the grotesque pictures were posted on social media, causing public outrage.

Jacques and Martine Alboud (pictured above, left and right), who ran a branch of the Super U co-operative supermarket in L’Arbresle, eastern France, were pictured standing over the bodies of a number of lifeless animals — including a zebra, lion, leopard and hippopotamus — that they had ruthlessly killed during safaris in KwaZulu-Natal, South Africa and Tanzania in 2014 and 2015.

After the images went viral on Twitter and there were calls on Facebook for customers to boycott the store, last week the supermarket group announced that the couple had given up their franchise with immediate effect.

“In the face of condemnation provoked by these actions at the heart of the co-operative and the legitimate public feeling, the store managers have decided to quit immediately the brand and their l’Arbresle store,” Super U said in a statement, adding that it did not condone safari hunting and that the couple’s actions were “in total opposition with the values defended by us.”

The French animal rights organization 30 Millions d’Amis commented that this story was reminiscent of the death of Cecil the lion — who was murdered in Zimbabwe in 2015 by an American dentist and hunter, Walter Palmer — that sparked widespread condemnation. It says that around 8,000 lions have been reared specifically to be hunted down and killed in the last decade in South Africa, and that there has been a 90% fall in the lion population over a century. “The species could disappear by 2050,” it adds.

The couple have so far declined to comment on their actions.