Home » Health » Why Your Doctor’s Advice to Avoid the Sun Has been Harming You All These YearsBy Lori Bell | November 28, 2016

Public health officials have been recommending long sleeves, hats, and copious sunscreen for years. They say avoiding the sun’s harmful rays is the best way to protect your health and prevent cancer. But a new study reveals that such advice may be doing more harm than good. As it turns out, most people in the United States don’t get enough sun.

The study, published in the journal Dermo-Endocrinology, reveals your doctor’s advice is probably misguided and based on a few misconceptions.

“Unfortunately they have been focusing on the big C — cancer of the skin — not realizing that avoidance of sunlight has many more significant health consequences,” one of the study’s authors and professor of medicine, physiology and biophysics at Boston University, Dr. Michael Holick, told Lady Freethinker. “Most important is that they relate sun exposure to the deadly melanoma when they don’t realize most melanomas occur on the least sun-exposed areas and occupational sun exposure decreases risk.”

Along with Dr. Holick, three other doctors contributed to the study: Dr. Marianne Berwick, a professor of dermatology and internal medicine at the University of Mexico; Dr. Frank de Gruijl, an associate professor of dermatology at Leiden University in the Netherlands; and Dr. David Hoel, who served on the World Health Organization’s International Agency for Research on Cancer (IARC) panel of experts.

Drawing on research from over 100 other studies, the authors conclude that daily, moderate non-burning sun exposure is beneficial to humans. 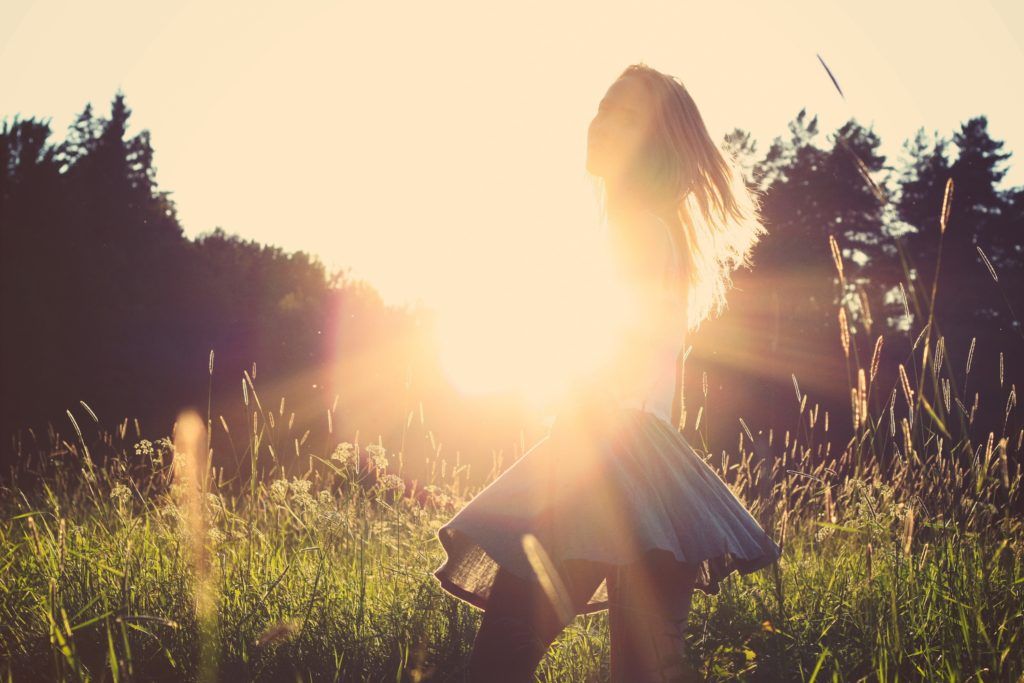 Picture by Julia Caesar via Unsplash.

There are several reasons you might want to get outside to soak up the sun, according to the study:

However, you might not want to throw out your summer hat just yet. Just because some sun is good for you doesn’t mean you should tan for hours at the beach, either. 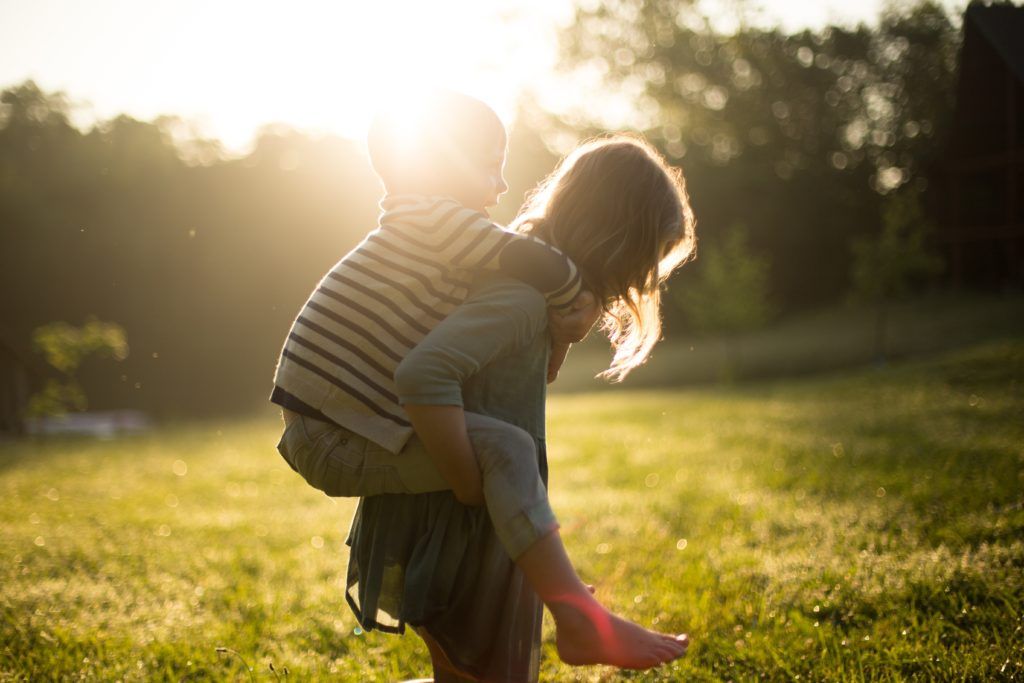 Picture by Jenn Richardson via Unsplash.

How to determine the amount of sun you need each day

Although there isn’t an exact consensus, researchers and health officials generally agree that vitamin D blood levels between 40–60 ng/mL are in the normal range. But without taking a blood test, how can you make sure you get enough sun (and vitamin D)?

The amount of sun each person needs depends on a lot of factors, such as skin pigmentation, latitude, time of day and time of year. The most important thing is being able to get enough sun for your body and location in a safe way – aka, without the burn.

“To overcome all these challenges we developed an app, dminder.info, that’s free and will tell you anywhere on the globe when you can make vitamin D, how much you will make and when to get out of the sun so that you don’t get a sunburn,” said Dr. Holick. 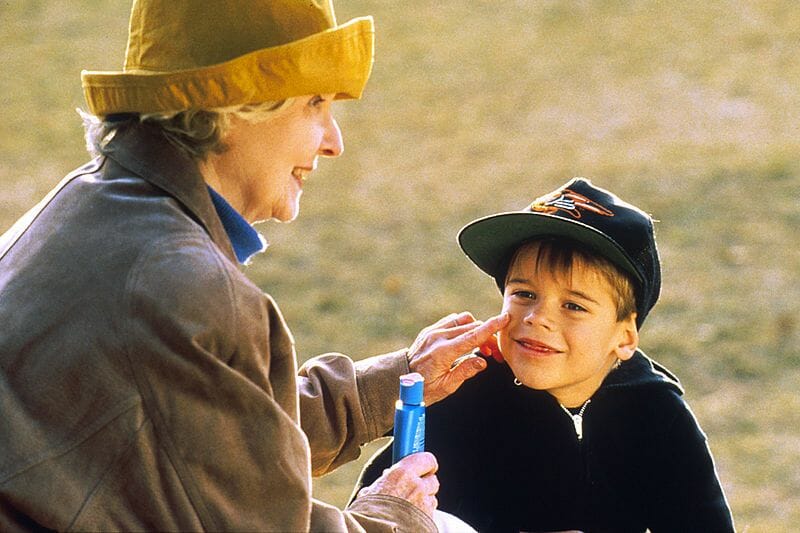 As for sunscreen, its so-called benefits haven’t really been proven, and it may even be contributing to the problem.

According to Dr. Holick, using an SPF 30 sunscreen correctly can reduce vitamin D production by 98 percent. If you cover yourself when you go outside or always wear sunscreen, you may be missing out on major benefits.

What’s more, sunscreen may not even protect against melanoma.

“The public health messages of the past 50 [years] to avoid sun exposure and to use chemical sunscreens may have contributed to the rise in melanoma incidence,” the authors warn.

If you avoid the sun or always use sunscreen, your skin never gets used to the sun and it becomes easier to burn when you do go outside without protection. Other studies confirm this. A 2011 study showed people who used sunscreen regularly were actually more likely to get burned. Combined with low levels of vitamin D, avoiding the sun may even have contributed to increased rates of melanoma.

“Since public health authorities recommend liberal use of sunscreens for good health, the labeling of sunscreens should contain a statement about the possibility of vitamin D deficiency that may result from excessive use of sunscreens,” the study’s authors advise. “Labeling should also state that sunscreens have not been shown to be effective in reducing the risk of melanoma.” 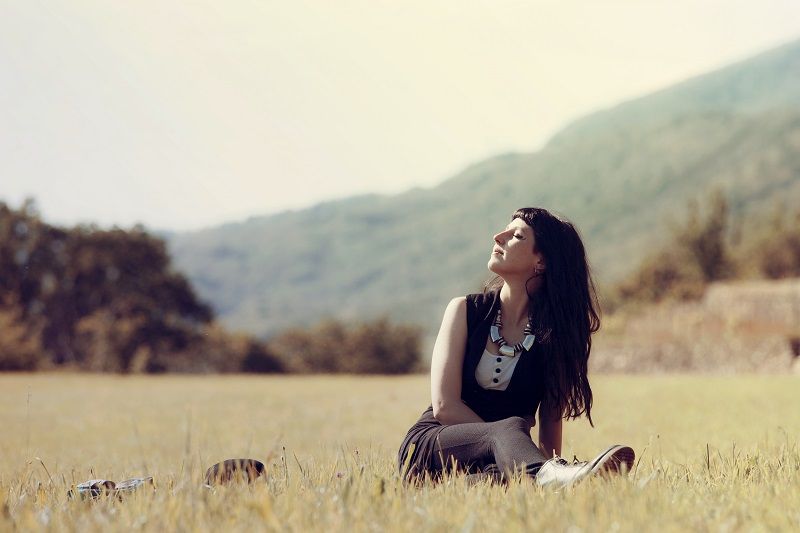 Picture by SplitShire via Pexels.

Sun, and spending a moderate amount of time in it no matter what your age, is good for your health and wellbeing — as long as you don’t burn.

“The message of sun avoidance must be changed,” the study authors write.

It’s time for public health advisors and doctors to stop warning against the sun. Most people spend too much time indoors.

Getting officials to change their recommendations, however, might not be so easy. They’ve been doling out the same, easy message for a few decades — just avoid the sun. Now, that message has to change to advise people to spend a moderate amount of time in the sun each day. Since the amount of time each person needs varies, and each person’s skin is unique, doctors won’t have an easy, one-size-fits-all message.

“It will take a lot of reeducation,” said Holick.

In the meantime, don’t be afraid to step outside for a little while every day to soak in the sun.