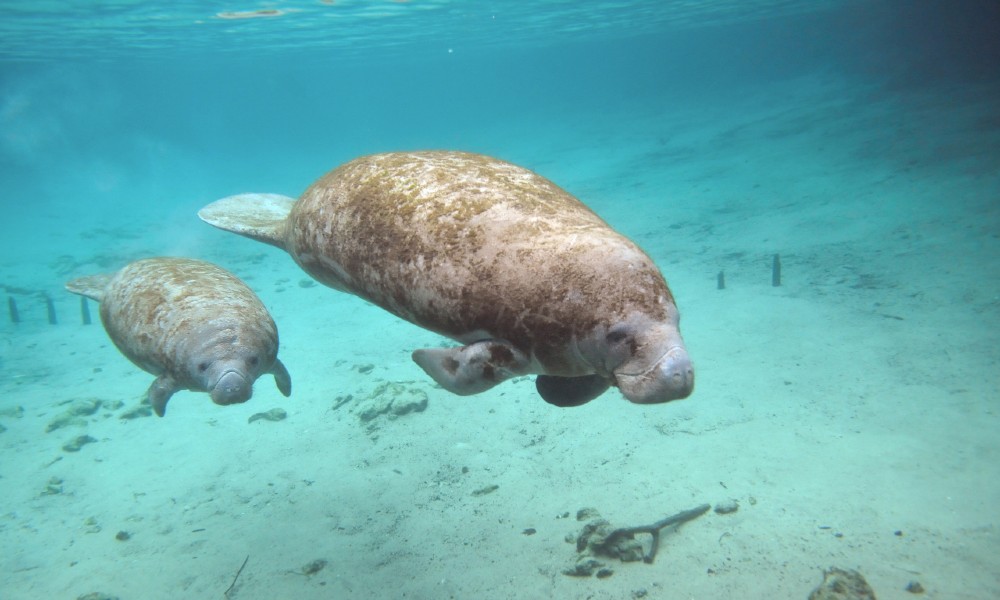 Starving manatees in coastal Florida had an unexpected reprieve recently through a new pilot program that leveraged donations to obtain more than 55 tons of lettuce to help the languid, gentle sea cows through the winter.

And better days now are on the horizon, with the coming of spring and warmer weather, officials said.

Record numbers of manatees have been dying off the Florida coast in recent years, often from starvation because human-created pollution is destroying seagrass — their preferred, natural food source. An alarming 1,100 manatees died in 2021, which prompted the lettuce feeding effort.

During the cold winter months, manatees usually gather in the warm water discharge near a power plant on Florida’s east coast, where wildlife personnel currently have offered the lettuce to them. The feeding was made possible by more than 1,000 individual contributions.

The onset of warmer weather indicates that manatees will migrate to areas where food is more abundant, officials said.

“It’s warming up, and that’s a good thing for manatees,” said Tom Reinert of the Florida Fish and Wildlife Commission. “They’ll be moving on.”

Manatees are federally designated as a threatened species, although there is a push underway to change their status to the more serious “Endangered” designation. About 7,500 manatees currently live in Florida waters.

In addition to the donation-funded feeding program, more than 80 rescued manatees are currently receiving care at facilities in Florida, Texas, Puerto Rico, and Ohio, according to the U.S. Fish and Wildlife Service.

Florida lawmakers recently provided $8 million to start seagrass restoration projects this year that they hope will counter pollution from agriculture, sewage, urban runoff and other human caused sources that is destroying the seagrass on which the marine mammals rely.

Officials say that’s a start, but not an immediate solution — or a lasting, long-term one.

Floridians who observe distressed manatees can call the state hotline at 888-404-3922. But everyday people also can help in several ways, according to the Florida Fish and Wildlife Conservation Commission (FWC).

The FWC urges beach-goers to participate in cleanups, whether those be along the shoreline or beach or at parks and roadsides. Picking up litter and discarded fishing line and properly disposing that garbage can go a long way. Boaters should avoid areas with seagrass and should always obey posted speed limits to prevent unnecessary harm with the slow-moving animals.  Conservation groups also are frequently looking for volunteers and interns, according to the FWC’s action steps.

You can also donate to the manatee feeding program here.