Simone Reyes is Changing Minds and Laws to Help Animals 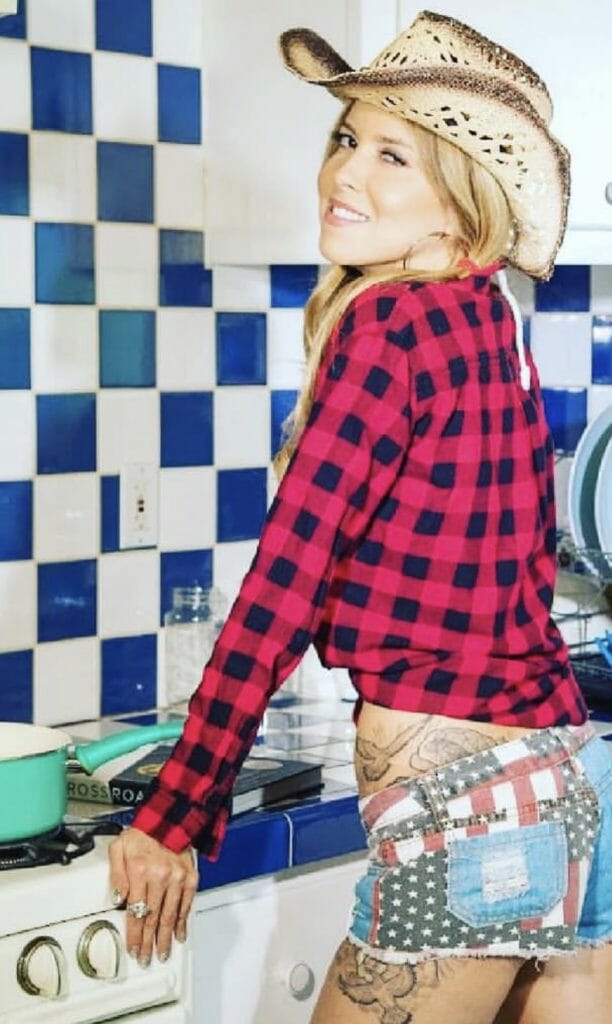 Simone Reyes seemed destined for a life fighting for our fellow species. As a young girl, she would cry if she saw animals harmed in movies. As a preteen, she and her friends formed the “I Love Animals” club, and not long afterward she became a full-fledged vegan. So it’s no surprise that, when given a television platform, Simone took the opportunity to share the plight of suffering animals onscreen in the Oxygen reality series Running Russell Simmons, and work to change the way the world views animal exploitation.

I talked to Simone about her experiences, and here’s what she had to say:

Nina: Thanks so much for speaking with me today! To start, what began your journey in animal advocacy?

Simone:  I was one of those kids that would see a commercial of animals that were suffering, typically dogs and cats, and I’d raise money. I cared a lot, at a very young age…I could never watch “Bambi.”

Then as I got older, there was a lot of press on Brigitte Bardot and the clubbing of baby seals. That got me interested in animal rights. Of course, the only group I had ever heard of was PETA, so I called their main office. They said, “Well, there’s a local group in New York called Activists for Animals, and they stage protests, and do street theater and all that stuff.”

They happened to be a radical animal rights group. The first time I went to one of their protests I was wearing leather shoes. I just didn’t get it. I was a vegetarian at that point, but I didn’t understand.

They had footage of factory farms and other animal industries that opened my eyes. And it was all on the VCR! There was no Internet, no social media. It was very underground at that point.

I went from vegetarian to vegan pretty fast. But it was a sad time to be vegan then, because there was no food for us. There was no Whole Foods, there was nothing. It was like, “Can I have the sides?”

Over the years, I’ve actually had to pull it back because my initial way of being an activist was very aggressive. Especially dealing with lawmakers, I’ve had to learn what’s digestible, what is appropriate in what places. It’s been a balance that I’ve had to work out, coming from such a hard-core place.

S: It was much more radical, and in a lot of ways. I wish it was as easy to break into a laboratory and save all the animals as it used to be. It’s just not like that anymore. But I have always said it takes a Martin Luther King and a Malcolm X to make real change. So, we need every aspect of activism: we need the people that are going to get arrested, and we need the people who are just going to be sending emails and making phone calls.

N: Fast-forward to the present: you’re known by a lot of people for being on the Running Russell Simmons reality TV show. How did you first get involved with Russell?

S: As a native New Yorker, I went to nightclubs every night of my life since the age of 14. My mom was — is still — a very cool mom, so she would let my friends and I go out to clubs, as long as we kept our grades up.

So I was in the nightclubs with the Beastie Boys, Russell, Rick Rubin — all those people. Russell and Rick needed a receptionist, so I started working at Tower Records in high school. After that, I went to college at night and then worked at Rush Communications and Def Jam during the day. So I started very young.

N:  I see. Can you talk about some of the ways that you’ve used your own platform as a celebrity to further the animals rights message?

S: Yeah – the show was actually completely exhausting. I had to get up at 4:00 in the morning, go and get hair and makeup done and work on the storyboards, because I was a producer, too. It was a lot of work. But I knew that if I could get people to go vegan, it would all be worth it.

The producers were doing a reality show that’s usually based on naked girls and fights in the office and all that stuff, so I had to play that game. I did the rather-go-naked thing in Times Square — they got me basically naked on TV, and then they kind of wanted me to pick a fight with one of the Real Housewives of New York because she wears fur, and so I did that. I did all of it, because I knew that no matter what, it would get screen time, and that would be such a great way to reach people.

N:  You got the message out, and that’s a wonderful thing. So, I read that you traveled to Japan recently to document the dolphin hunts. Can you describe that experience?

S: I’ve never had as bad PTSD as I got from that experience. It went against everything that, as an activist, you are mentally trained to do — which is, if you see an animal in trouble you help them. It’s similar to bearing witness for the pigs and cows heading to slaughter.

As soon as I arrived in Taiji, they had 24-hour police shadowing me. So there was no way to do anything except try to document what was happening. You can’t save these families of dolphins and whales. But you see them being driven every day, grandmothers and aunts and uncles and babies in this tight little circle, being driven into the cove, and then see them…you don’t quite see them being slaughtered, but you see all the blood. They have tarps up because they don’t want the slaughter to be livestreamed.

But then you see them take the babies that they don’t kill — because if they killed them it would be part of their quota, and they want to make more money — and you see them taking these infant babies and driving them out into the ocean and dumping them there. It’s like taking a two-month-old baby away from her family, driving her into the woods and just leaving her there. She can’t survive.

I don’t think that it’s going to change until we get real activism rising up in Japan. A real change has to come from within.

N: That is incredibly sad. When you brought up Brigitte Bardot and the baby seals I was thinking, “that’s still happening” — similar with what’s going on in Japan. How optimistic are you that these atrocities will end in our lifetime?

I think the biggest gift to the animals that we could ever have dreamed of is social media. You can see it in the rise of veganism; the numbers have gotten so big, because we have finally found a way to bypass mainstream media, which is often funded by animal abusers, and get to people. Things are happening much faster. That’s why I say, while I don’t really believe that in my lifetime I’m going to see the end of all of these atrocities, I do believe that it’s going to move at a rapid rate, simply because we’re reaching people’s consciousness in a way that past generations have never been able to do.

N: For someone right now who wants to do something about it, what’s the best way to get involved in helping stop animal cruelty?

S: It’s hard to choose one best way. If you want to engage in organized nonviolent civil disobedience, I say go for it. If you want to be a couch potato activist, I say go for it. If you want to protest every day of your life, go for it. I did all of those things for so many years, then started to feel that the one way that I would be able to reach the most people, and be able to make the most change, is through legislation, which is why I joined Social Compassion In Legislation. I’m on their board, and am vice president of communications. Because if you change the law, you don’t need to wait for people to do what’s right because you’re begging them to. They do it because they’re afraid. They don’t want to go to jail, they don’t want to pay the fine, you’re forcing them. And sometimes you have to legislate kindness. You just do.

N: Agreed. Can you talk a little bit about what you’re working on right now with Social Compassion in Legislation?

S: In just in the past year, we were able to ban the sale of commercially bred dogs, cats, and rabbits across the state of California. It shuts down puppy mills, and every animal offered at a store has to come from a rescue or a shelter.

We’ve also brought a lot of attention to police shootings of dogs by untrained officers. And we got the Dining With Dogs bill passed in New York and in California. So now if you’re going to go eat somewhere and you’re out for the day with your dog, you can bring your dog onto the patio. We also made history again by banning the sale of cosmetics and personal hygiene products tested on animals in California.

This year, I was with Jane Velez Mitchell and Lisa Karlin and a bunch of other people at the Malibu fires, saving rescued farm animals. We realized that, wow, California is ill equipped! So we’re doing an evacuation bill that would make people think about this as they’re getting their permits for animals, and have a real plan in place.

We are also doing a fur trapping bill, as well as a K-12 bill that will give incentives to schools to have vegan meals for children. And we have a bill to ban circus animals in California. Because people have finally realized that animals are beaten and tortured and burned and terrorized and driven crazy in circuses.

We have 13 bills right now, so it’s a lot to go through! We have a deforestation bill…We hit a lot of different angles, but all of our bills have to do with saving animals and saving the planet.

N: You guys are very active – terrific work! Are there any other issues you want to talk about?

S: One important thing — anybody that lives in a city with carriage horses, please speak out. It’s archaic. In New York, they are worked in the worst possible temperatures, they carry the worst loads, they are enslaved their entire lives, and then they’re sent to slaughter.

And the biggest thing: if you have the time, meet your legislators. They actually want to meet you, because you have the power of the vote. People look at the capitol and they think, “I can’t go in there, I can’t talk to anybody.” You can!

Tweet them. Tag them on Instagram. Call them. Send them emails. It’s so important. Because we’ve seen the difference between having a bill go through and not go through, and what a difference social media makes on what happens.

And if you want to find out more, please go to SocialCompassionInLegislation.org, or follow me on Instagram, @SimoneReyes. I’m constantly posting about our bills and what you can do to help them go through. Even if you don’t live in California that’s fine — because if we get it done here, you can copy it in another city.