SIGN: Spare Dogs in Knoxville from Suffering and Dying on Tethers 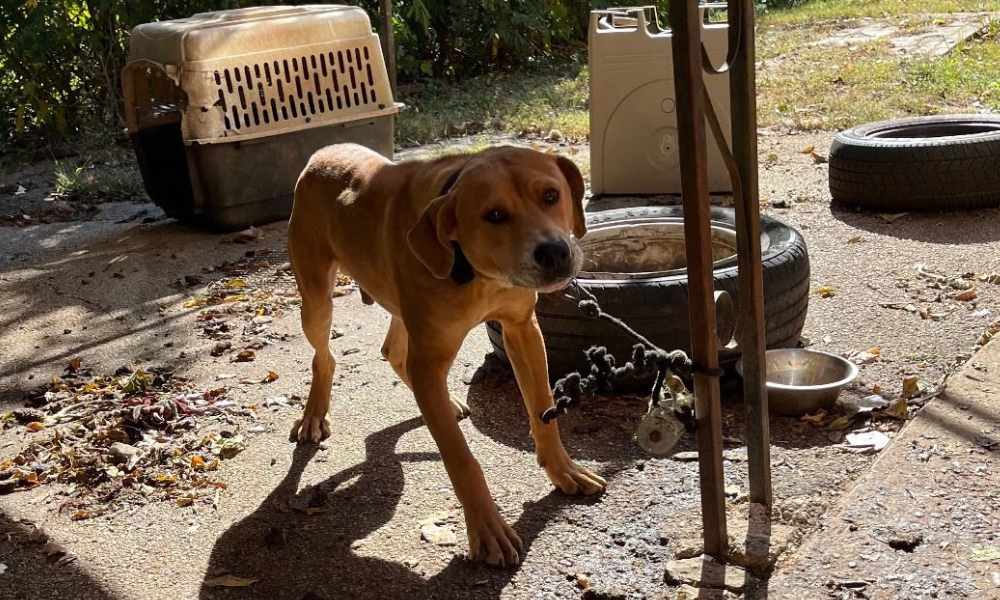 UPDATE (1/17/2023): The Knoxville City Council has adopted a new ordinance that prohibits unsupervised tethering of any kind, effective July 1, according to Knox News. Under the new ordinance, dogs who are tethered outdoors must be under the direct supervision of a “responsible and competent” person and on a tether that is at least five times the length of the animal (and a minimum 10 feet). Thank you to the more than 36,000 people who signed our petition. We’ll keep advocating for all dogs spending their lives on outdoors on the end of cruel chains. —Lady Freethinker Staff

A defenseless dog died a painful and prolonged death in the hot sun after being unable to reach food or water while tethered in a backyard in Knoxville, Tennessee.

Police who responded at the scene later reported the deceased dog’s body temperature was 107.7 degrees Fahrenheit, and that a second dog in the same yard, also unable to reach food or water, had an astounding body temperature of 104.6 degrees, according to veterinarians who examined the dogs.

Countless chained dogs nationwide have been found dead from heatstroke, dehydration, hypothermia, and strangulation. They generally live in filth too, being forced to urinate and defecate in the same area where they eat and sleep. They often aren’t provided with adequate food, water, or shelter either, and have high exposure to disease-carrying insects such as ticks, mosquitos, and fleas.

But the city of Knoxville could change these horrific circumstances for dogs by banning dog tethering, like many other cities, including – Asheville, North Carolina; Fernandina Beach, Florida; and Huntsville, Alabama – have already done.

Dogs don’t belong outside tied to a stake in the ground, they belong inside with a loving family. It’s time for Knoxville to do right by dogs in the community and ban leaving dogs on tethers and chains for good.