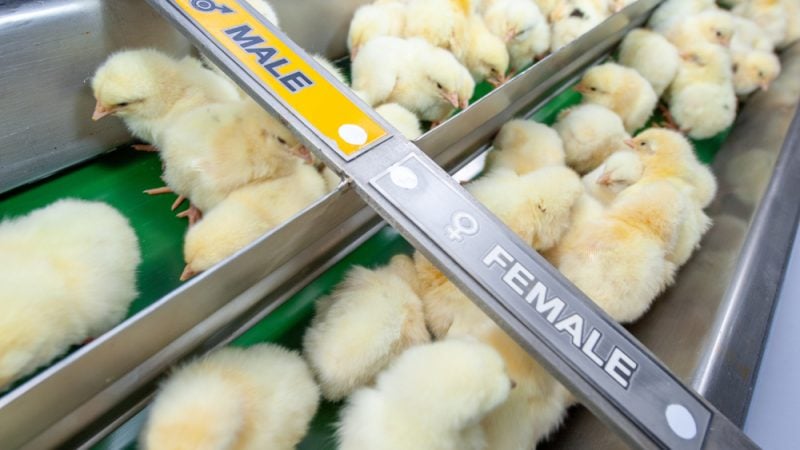 Millions of newly-hatched male chicks are being gassed and ground to death each year in the European Union (EU) — the casualties of a cruel industry that sees the sentient babies as “commercially useless.”

Male birds born at egg-laying hen factories get almost immediately sorted out by workers because the agriculture industry doesn’t typically use them for meat production.

The tiny animals are often conveyor-belted to gruesome fates, including being ripped apart by machines in a process known colloquially as “chick shredding.”

EU residents have repeatedly called for an end to this horrific but common-place practice — and now countries are listening.

Nine countries have banded together to call for a system-wide overhaul of the systematic killing of male chicks. Four of those countries — France, Germany, Austria, and Luxembourg — already have national bans in place, showing compassionate reform is entirely possible.

Killing curious and intelligent baby animals because they don’t have any perceived “economic value” is unbelievably cruel and must not continue.

The European Commission must create legislative changes to end this ghastly practice for good — including no loopholes, no exceptions, and provisions to ensure the killing doesn’t shift to other countries as a result of any policy changes.

Sign our petition urging the European Commission’s Agriculture and Rural Development Directorate-General to expeditiously propose a ban on chick shredding which would usher in a more compassionate world for all species.