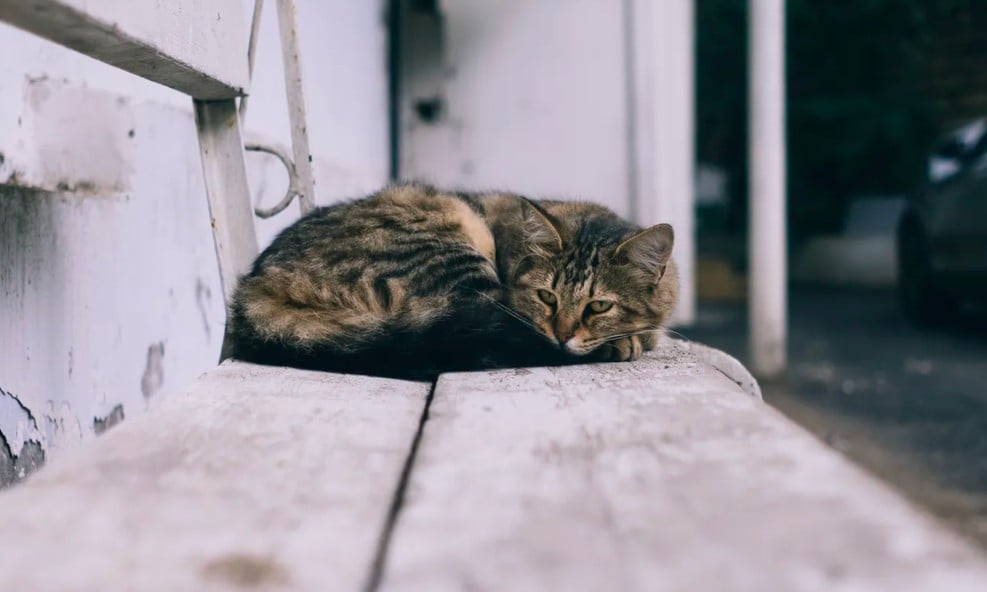 Cats are facing brutal death by extermination on the Cayman Islands, where a massive initiative to catch and kill all cats without microchips is unfolding, according to news reports.

According to the outlined plan, funded in part with a grant from the UK’s DEFRA, workers would lay traps for cats. Any felines found without a microchip then would be euthanized, reportedly by a veterinarian.

The initiative’s goal is the annihilation of all “feral” cats.

While government officials say extermination is needed to keep cats from preying on critically-endangered Sister Isles Rock Iguanas, found in the world only in two locations on the islands, the overly-simplistic system ignores human-caused reasons for the reptiles’ decline.

Road construction, commercial and residential development in prime iguana habitat, human-caused disturbance in sensitive nesting areas, and being run over by people’s cars are among the most serious threats to the iguanas’ survival, according to the International Union for the Conservation of Nature (the IUCN).

While the IUCN does acknowledge that cats — along with dogs and rats — can kill iguanas, the renowned agency does not say that killing cats is the only way to manage them.

Numerous other islands — including Lanai Island in Hawaii, Isla Isabel near Mexico, Marion Island in South Africa, and Macquarie Island near New Zealand — have found and prioritized non-lethal solutions that protect both wildlife and cats.

Studies following other massive cat-killing campaigns also reveal unintended consequences — including that removing cats allows other predators in the area to thrive and prey on the targeted species of conservation concern.

To save the islands’ precious iguanas, the government must look to the human-caused contributors — such as the islands not having a controlled development plan and proposed development sites overlapping key iguana habitat.

Sign our petition urging the Cayman Islands to prioritize management solutions that will protect both wildlife and cats, to immediately issue conservation protections for key inland and coastal iguana habitats, and to enforce speed limits to reduce collision-caused iguana deaths.