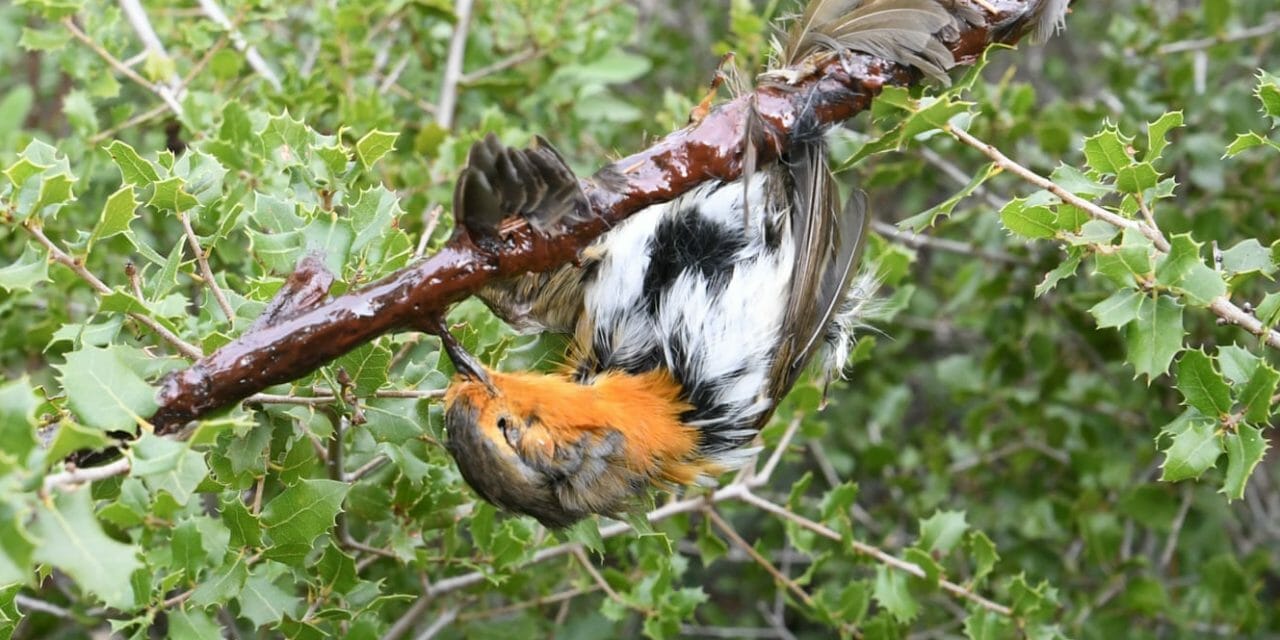 PETITION TARGET: Ambassador of France to the U.S. Philippe Etienne

UPDATE (7/1/2021): In a long-awaited victory for animals, authorities in France have officially outlawed hunting birds with cruel glue traps following a persistent fight to keep the practice alive.

Chasse à la glu, a traditional French hunting method of putting glue on trees to trap birds, continued even after the European Union (EU) banned the practice in 2009. That ban allowed exceptions in cases that are “controlled, selective, and in limited quantities.”

But the the Conseil d’Etat, France’s governmental body that legally advises the country’s executive branch and serves as the supreme court for administrative justice, said in a statement that the agency could not prove that the number of birds being trapped accidentally was low or that the birds didn’t suffer serious consequences from being trapped, according to Connexion.

Lady Freethinker (LFT) thanks the nearly 29,000 supporters who signed our petition to help end cruel glue trapping through a nationwide ban against the inhumane and outdated practice. —Lady Freethinker Staff

Every year, tens of thousands of birds are victimized in southeastern France by a cruel hunting method called glue-trapping, which involves attracting songbirds to branches covered in glue in order to cage the birds to sell as “pets.” As birds try desperately to free themselves, they become increasingly stuck, resulting in a painful, prolonged struggle that can lead to injury or even death.

After this initial stage of torture, hunters spray birds with toxic chemicals and separate them from the glue, often causing further injury and fatal consequences, including feather loss, which can render birds unable to fly. Birds who are deemed “undesirable” are carelessly tossed aside and left to suffer with any untreated injuries they may have. The rest are exploited for profit, sold into a lifetime of misery in captivity or used as bait in future glue-trapping hunts after spending unnatural periods of time — sometimes months — in pitch darkness. This causes them to sing frantically once they see daylight, unknowingly luring other birds toward the traps.

A warning from the EU, which banned glue-trapping decades ago, and numerous court cases calling on French officials to outlaw the practice, have fallen on deaf ears. In addition to the needless suffering glue-trapping causes to birds, the perpetuation of this government-sanctioned cruelty puts steeply-declining bird populations, including endangered species, further in jeopardy.

Speak out against these barbaric glue traps that torture and kill helpless birds. Sign this petition urging the French Ambassador to do everything in his power to push for a nationwide ban on this disturbing and outdated practice.

PETITION UPDATE 8/12/20: The European commission has ordered France to outlaw glue traps for birds and threatened to take legal action and fines. France has been given until October to definitively outlaw the practice.