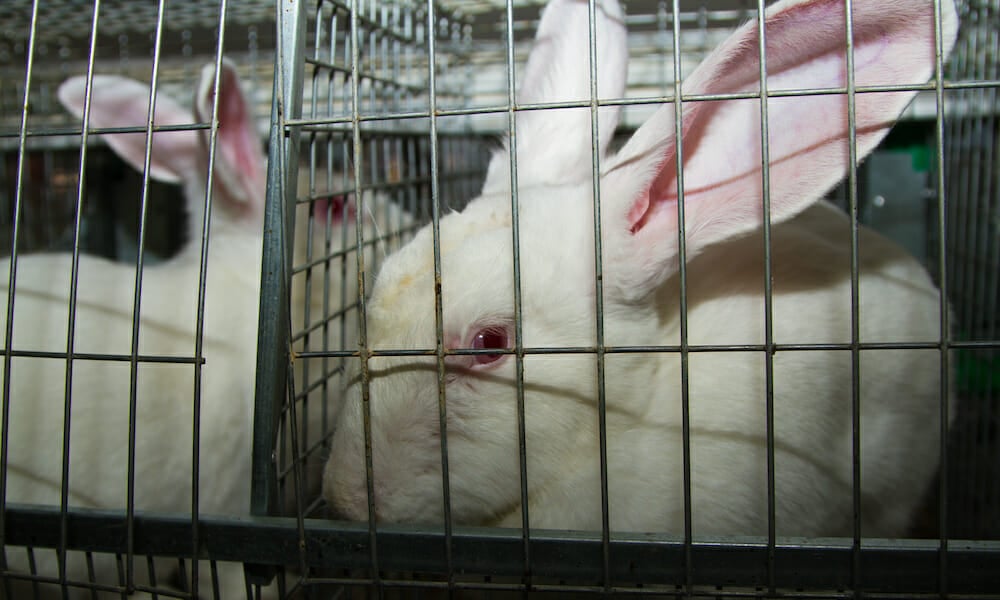 UPDATE (3/17/21): Gov. Ralph Northam signed the new Humane Cosmetics Act (SB1379/HB2250) into law in March 2021. All animal-tested cosmetics will be outlawed throughout the state effective January 1, 2022. This is a great win for animals and a major step toward a federal ban on animal testing for cosmetics.

During disturbing cosmetics testing on animals, defenseless bunnies and guinea pigs are tied down and force-fed potentially deadly toxins or have burning chemicals dripped into their eyes without any pain relief.

When the experiments are finally over, most of the animals exploited for these tests are killed.

And now, there is hope for animal test subjects in Virginia. The new Humane Cosmetics Act (SB1379/HB2250) — introduced by Sen. Jennifer Boysko and Del. Kaye Kory — would ban cosmetics tests on animals throughout the state, as well as the sale of any cosmetics developed or manufactured using animal testing.

If the bill is signed into law by Gov. Ralph Northam, Virginia would join California, Nevada, and Illinois in banning the sale or import of animal-tested cosmetics.

The move also would put much-needed pressure on lawmakers to finally pass a federal ban in the United States at a particularly propitious time, since China — one of the world’s largest markets for cosmetics — no longer requires animal testing for general cosmetics.

Animal testing of cosmetics is already outlawed in both Europe and India, and it’s time for Virginia and the rest of the United States to put an end to this abusive and heartbreaking practice.

Sign this petition urging Gov. Northam to sign the Humane Cosmetics Act into law — ending unnecessary tests on rabbits, guinea pigs, and all animals in the state.