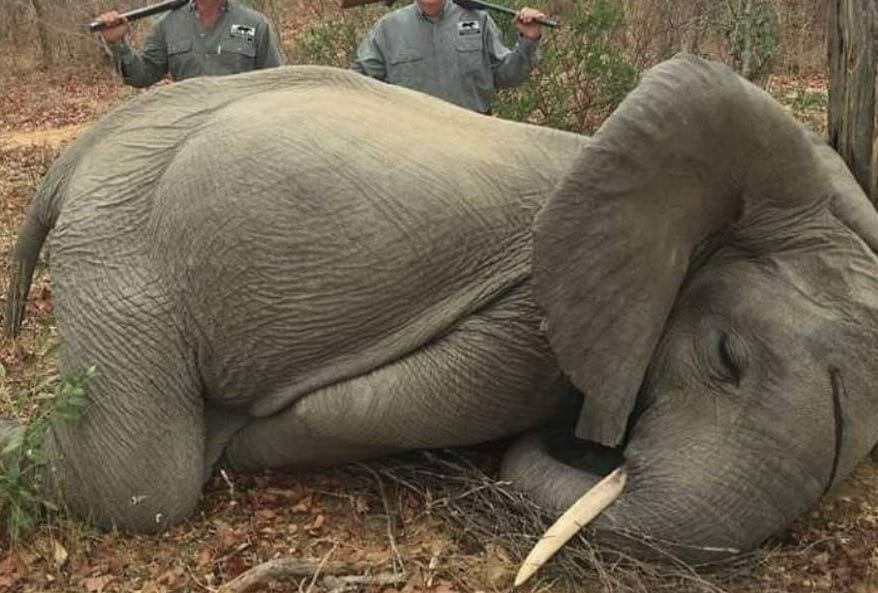 In a devastating setback for animal conservation, elephants, rhinos and other endangered animals on the brink of extinction could be list as “meat” in a proposed legislative amendment in South Africa.

These animals, along with giraffes, hippos, zebras, and even the critically endangered white antelope, could soon be added to the Meat Safety Act. A vast array of wildlife would be viewed as food rather than the majestic, sentient creatures they are.

“South Africa is preparing to expand and intensify captive breeding of wild species and sell their meat in the food markets,” according to the African Conservation Foundation. “The proposal is to expand the number of non-domestic but edible species ‘that can be slaughtered as food for humans or for animal consumption.'”

Killing and eating wild, endangered and threatened animals isn’t just cruel and reckless — it poses a serious risk to human health, as the coronavirus pandemic clearly demonstrates. Wild animals carry a host of zoonotic diseases that can — and do — jump to humans and spread rapidly throughout our own populations. Elephants alone can spread tuberculosis, anthrax and salmonella, potentially sickening and killing any humans they come in contact with.

We must send a clear message to the government of South Africa: endangered animals are NOT food.

Sign this petition urging the Minister of Agriculture, Land Reform and Rural Development, Angela Thoko Didiza, to halt this terrible amendment, preventing the slaughter and consumption of some of South Africa’s most rare and wonderful animals and potentially saving humans from another global tragedy.