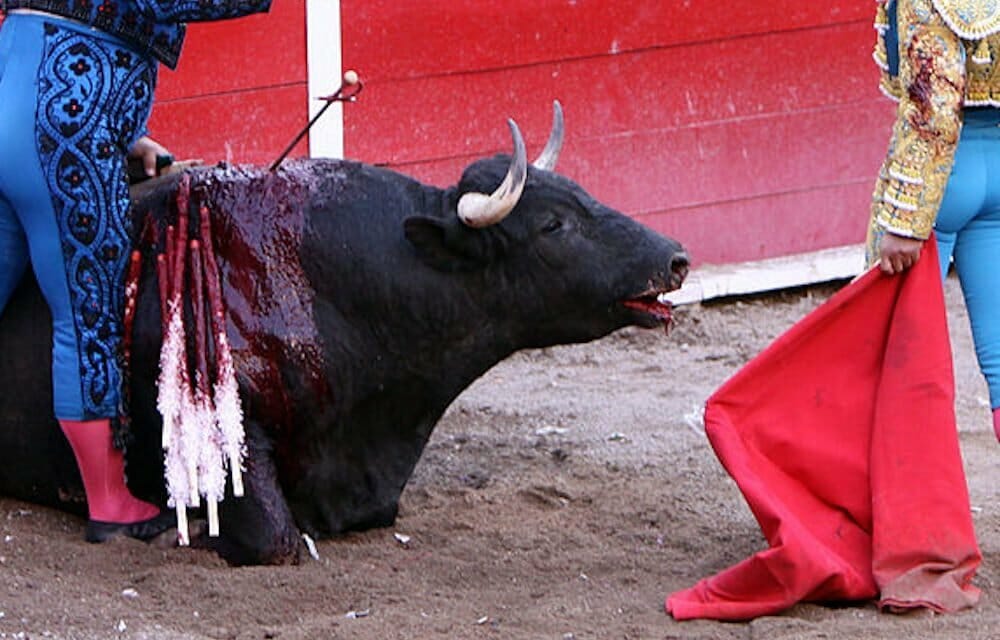 Bulls scheduled to appear in Mexico City’s Plaza Mexico are raised with one purpose in mind — to provide brutal and bloody “entertainment” for a human audience while they die slowly and painfully by sword in bullfights, with graphic images showing their bodies dragged away from pools of their own blood.

The fights are not only cruel and violent for the bulls. They’re also dangerous and deadly for human matadors as well.  The country’s “culture” of the blood sport is increasingly coming into conflict with expanding knowledge and compassion for animal welfare.

Now, new legislation before Mexico City lawmakers recognizes that bull fighting is “based on torture, pain, and cruelty towards the bull, as well as contempt for animal rights” and aims to end the bloody practice of bull fighting for good.

The bill would ban all public shows in which bulls, steers, and calves are abused, tortured or deprived of life and also would criminalize all shows where animals are mistreated or killed. Violators could face fines as high as USD $234,000.

The bullfighting ban, which has the backing of six of the seven political parties that make up the Mexico City Congress, is expected to be voted on early in the new year. It’s critical that compassion win and that Mexico City join parts of Spain, Ecuador, and several smaller Mexican states by enacting the ban.

Sign this petition urging Mexico City Congress and Mexican Ambassador to the US Esteban Moctezuma to push for passage of this important ban to send a message the world that bullfighting is torture and that bulls deserve dignity, respect, and protection.