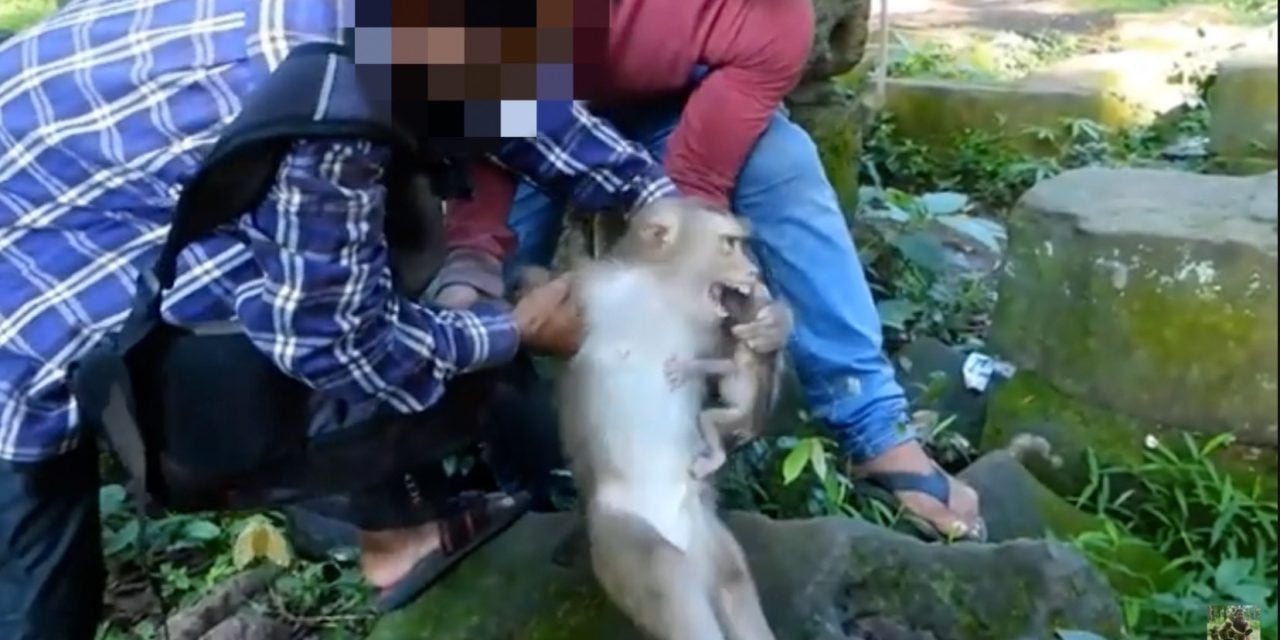 This petition is a joint campaign by Action for Primates and Lady Freethinker.

Curious and social macaques in Angkor Wat are being poked with metal prods and harassed in order to create videos online for “entertainment.”

The exploitation of macaques in these videos is highly disturbing.

Video footage posted on social media shows female macaques being forcibly held by video operators, while babies are removed from them and placed into backpacks in what appeared to be an attempt to swap babies. This is extremely stressful for the vulnerable infants and the females, who scream out in distress.

Other videos show the animals being relentlessly stalked by people with cameras who shout and prod  them with rods. There have also been reports of video operators staging “rescues.”

This violates Cambodian law, as Article 49 of Cambodia Forestry Law (3) states that it is strictly prohibited to hunt, harm or harass all wildlife.

Monkeys who have been raised as “pets” also have been reportedly released amongst existing troops at Angkor Wat  by camera operators. This puts those individuals at serious risk for injury or death.

Video makers have turned monkey following into an “industry”, and footage is posted daily across social media platforms. The video makers make money by having trending videos and by requesting funds from viewers.

These animals are typically fearful of humans, however the artificial feeding of them has habituated macaques to human beings so that they are less fearful, and may become aggressive towards people in search of food.

Abusing and terrorizing sensitive macaques for social media views—or for any other reason—is cruel and unacceptable.

Join Lady Freethinker and Action for Primates in urging UNESCO and APSARA to intervene and stop this inhumane, unlawful exploitation of the macaques, and put a humane management plan into place to include a strict prohibition of people interacting with and feeding the monkeys.