SIGN: Stop Lobsters From Being Boiled and Dismembered Alive in the UK

Home » Animals » SIGN: Stop Lobsters From Being Boiled and Dismembered Alive in the UKBy Lex Talamo 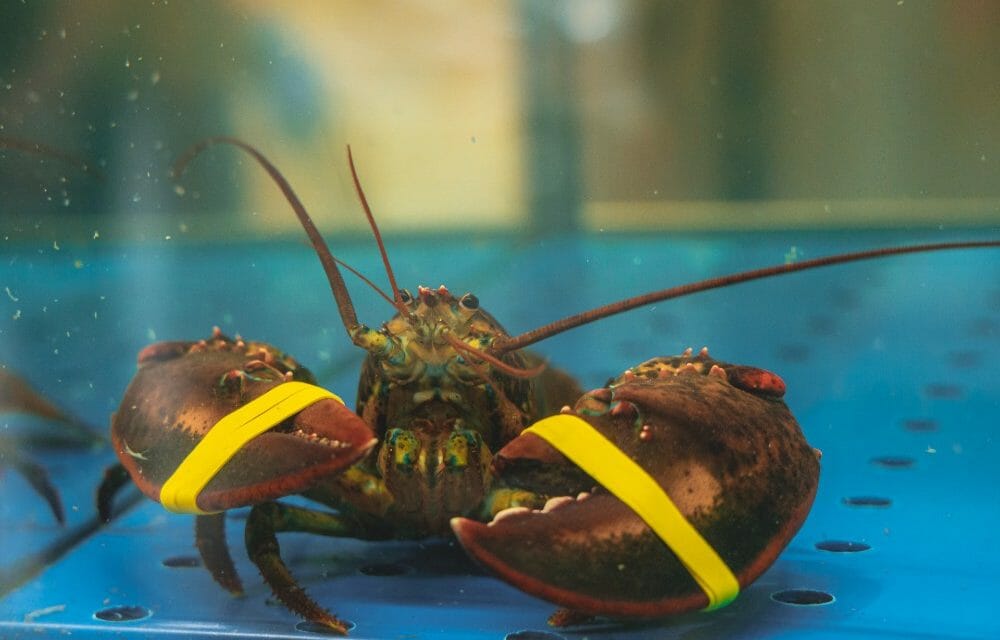 UPDATE (11/24/2021): The UK government has moved to include decapods (including crabs, lobsters, and shrimp) and cephalopods (including squids, octopus, and cuttlefish) in the Animal Sentience Bill, according to a government press release. The decision follows a report  from the London School of Economics and Political Science that found the invertebrates can feel pain and should be spared from inhumane acts like being boiled or chopped up alive.

While we are ecstatic that the government is including these animals in the Animal Sentience Bill, which aims to afford them welfare protections moving forward for new policies, we are disappointed that the law stopped short of ordering changes to existing fishing, shellfish catching, and restaurant practices.

Thank you to the more than 31, 000 people who signed our petition pushing for this change. We will continue to advocate for the humane treatment of all animals. —Lady Freethinker Staff

Lobsters captured from the wild and relegated to cramped restaurant tanks await their gruesome deaths, some chopped up and skewered while still alive and others boiled or steamed to death in a prolonged process that can take more than three minutes.

A growing number of scientists have recognized that invertebrates like lobsters, octopuses, squid, and crabs have sentience, or the ability to feel emotions, pain, and suffering. Scientific studies have shown that lobsters learn to stay away from predators, can weigh options, and also make trade-offs between avoiding predators, finding food, avoiding pain, and being temporarily in unfavorable environments.

Yet lobsters are not considered “animals” under the United Kingdom’s existing Animal Welfare Act of 2006. They’re also not included in the UK’s newest Animal Sentience bill, which recognizes the sentience of mammals, fish, and reptiles —  but not the cephalopod family.

That bill could could prevent lobsters from being boiled alive, hacked apart limb by limb, or suffering in sweltering steam baskets at restaurants if the House of Lords agrees to recognize that lobsters can think and feel — that they also are animals with sentience, as a growing body of scientific studies has revealed.

Switzerland, Norway, and New Zealand already classify decapod crustaceans as animals and afford them protections. It’s time for the UK’s government, which has frequently said that the country is at the forefront of animal welfare, to end the unnecessary suffering for these animals.

Sign our petition urging the United Kingdom’s House of Lords to amend the Animal Sentience Bill to include invertebrates and so end merciless, inhumane killing methods for these gentle creatures.