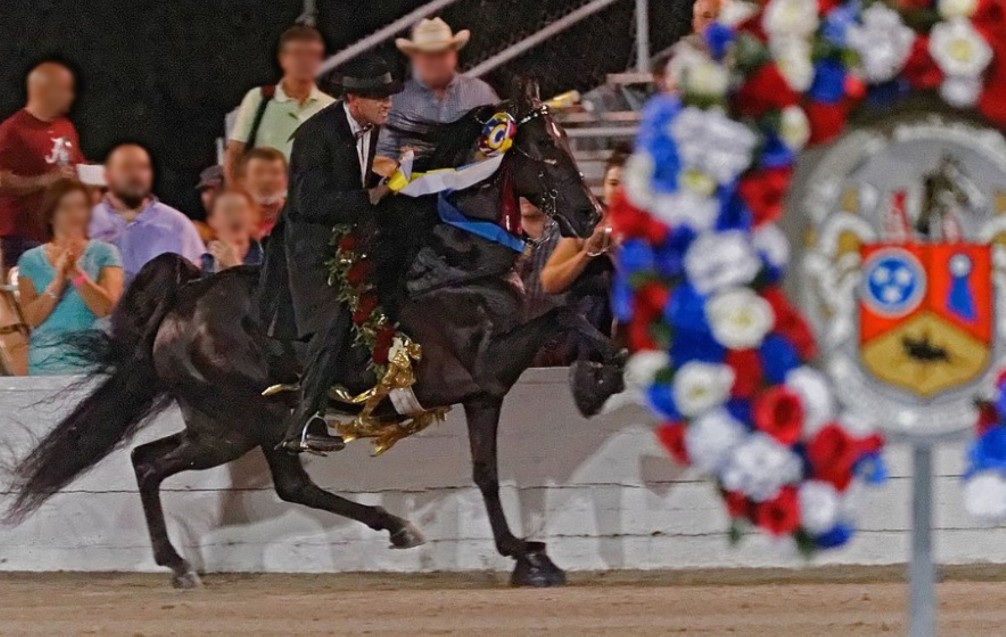 Skywalks Magical Dream, a young stallion in Tennessee, suffered intense pain as people intentionally injured his legs so he would walk with a high-stepping gait, prized in show competitions, in a brutal and illegal practice called “soring.”

The horse later was sold at auction to a woman who rushed him to a veterinarian for evaluation, which showed the innocent horse had bilateral scarring and ulcerated wounds on his front ankles, The Tennesseean reported.

Soring involves deliberately inflicting irritation or blistering to a horse’s legs by injecting or applying chemical or mechanical irritants in order to cause an exaggerated leg motion, resulting in a chest-high stride known as the “big lick,” according to the American Veterinary Medical Association (AVMA).

Other cruel soring methods include improper shoeing and forcing hard objects between the horseshoe and the horse’s foot, which force tortured horses to pick up their feet faster and higher, the AVMA reported.

While soring is a violation of federal law, and has been for decades, people showing “performance” horses have continued to inflict pain on horses — and often with impunity.

A new bill hopes to change that for horses.

The Prevent All Soring Tactics (PAST) Act would expand current soring regulation and enforcement at horse shows, exhibitions, sales, and auctions, including establishing a new system for inspecting horses for soring. The legislation also would enact stricter penalties for violators who cause horses intense pain, distress, inflammation, or lameness.

This important and commonsense legislation has been stalled in committee since June. With this year’s legislative season coming to an end, it’s crucial that this bill doesn’t slip through the cracks — or  is reintroduced next session for timely consideration and passing.

Sign our petition urging the U.S. Senate to pass the Prevent All Soring Tactics Act to prevent countless defenseless horses from enduring this excruciating pain for people’s profit.