SIGN: Send Minnie the Solitary, Abused Elephant to a Sanctuary Before It’s Too Late 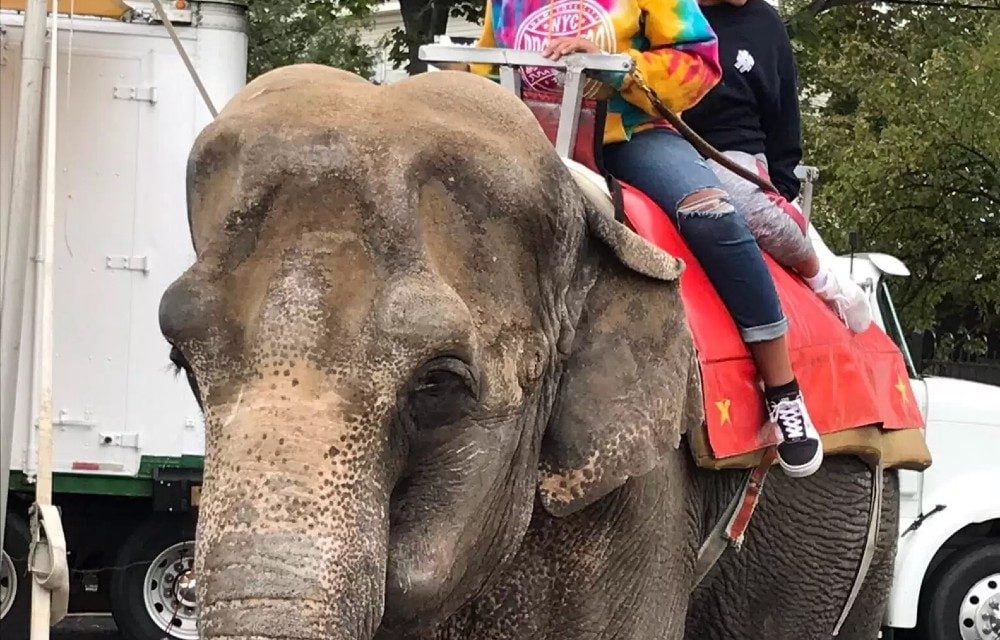 Minnie, a 48-year-old elephant, is living in lonely confinement as the only elephant at the Commerford Zoo in Goshen, Conn. — a travelling zoo where Minnie is exploited for profit.

Ripped from the wild in Thailand when she was two months old, Minnie was sold to owners in the United States who for decades forced her to perform and give rides to people at fairs under threat of a vicious bull hook – even while ill, according to National Geographic.

Elephants are highly intelligent and social creatures, who form close-knit family units in the wild and are capable of grieving, remembering, and suffering and need space to roam and company of their own kind to thrive, according to experts.

R.W. Commerford & Sons, which did not respond to media inquiries but have been Minnie’s owners since 1976, have been cited by the USDA at least 50 times for violating the minimum animal welfare standards mandated by the Animal Welfare Act, including failure to give adequate veterinary care to their elephants, according to USDA records and as reported by National Geographic. 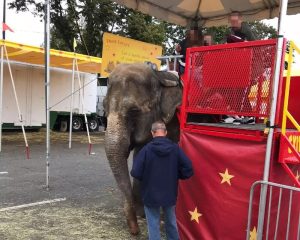 News has reported public concerns as far back as 2018, when people reported that Minnie and another captive elephant named Beulah  — who has since died — appeared ill and unhappy while forced to give rides at the Big E Fair in Springfield, Mass. Then in 2020, an online GoFundMe account created by Minnie’s former owners, allegedly on behalf of the Commerford Zoo, sought to raise $2.4 million for her care, saying the pandemic had “directly affected” the elephant and that “when the humans cannot work, the animals suffer too,” according to National Geographic.

The Nonhuman Rights Project (NHRP), which has spent several years litigating on Minnie’s behalf and reports she now allegedly spends most of her days in a “dark barn with limited access to the outdoors,” has offered to pay for the innocent elephant’s transportation to two accredited elephant sanctuaries.

Minnie has suffered enough. She deserves to spend her remaining time on this earth in peace and to enjoy the company of her own kind.

Sign our petition urging local, state, and federal agencies with authority to oversee Minnie’s care to crack down on any further cruelty and to require that she be sent to an accredited elephant sanctuary able to meet more than just her most basic survival needs.