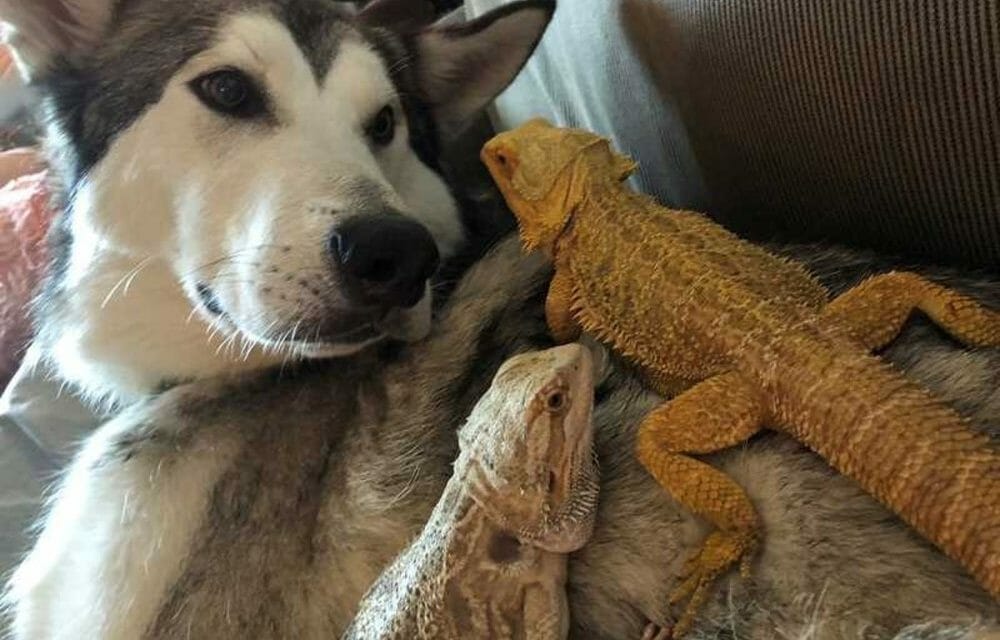 UPDATE (4/7/2021): Lladk, a beloved 4-year-old Alaskan Malamute who had faced a county-ordered euthanasia after a single biting incident, is now FREE thanks to the relentless hard work of rescues, attorneys, and supporters like YOU!

On April 1, after an outpouring of messages and calls from those who did not want Lladk to die, the Clackamas County Board of Commissioners in Oregon agreed to allow Lladk to live out the rest of his days at the Santa Paula Animal Rescue Center (SPARC) sanctuary in southern California. As part of the settlement terms, SPARC had to have a one million dollar insurance plan, which resolved the county of any liability, and a promise not to adopt Lladk out. Lladk’s boarding fees — $7,500 in total, for his 9-month stay since July — also were paid upfront to the county prior to his release, through a combination of funds paid from Lladk’s family and generous support from a foreign donor.

Lady Freethinker was able to cover the costs of transporting Lladk to his new home, a no-kill sanctuary in southern California, because of your generous support! Thank you also to the 46,767 activists who signed our petition urging that Lladk live out his life!

This is a tremendous victory and we could not have done it without you! You can read the full story here.

Lladk, a 4-year old Alaskan Malamute, is now facing a county-ordered death sentence after biting his family’s toddler, who had allegedly provoked him for more than a year by gnawing, teething, and possibly biting him repeatedly, according to court documents.

The Kollenburgs, Lladk’s family, do not want him to die. Neither do dog experts, animal advocates, and attorneys fighting to save his life despite Lladk now being labeled as a “dangerous dog” under the county’s codes.

Lladk had no violent history before an ill-fated day last July, when the Kollenburgs’ 15-month-old son slipped through the family’s doggie door and — per the family’s admission in court documents and in local media coverage– likely provoked the dog.

The result was two bite wounds to the child’s head that required eight sutures, but which also left no long-term damage to the child, according to court documents.

The good news with Lladk’s case is that they don’t have to. 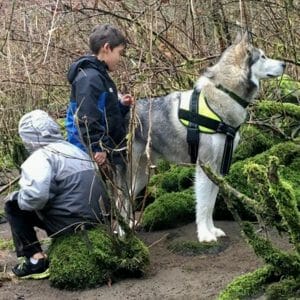 Multiple dog specialists and experts, in official court documents, have testified that Lladk shouldn’t be labeled or condemned as a “dangerous dog.”

Cristine Dahl, a dog specialist with the NW School of Canine Studies who reviewed photos and hospital notes of the child’s injury and reports of Lladk’s behavior, concluded that his actions were not those of “dangerous dog” who deserves to die for his actions but those of a “very normal dog” who had been repeatedly provoked, according to court documents.

“There is no question Lladk’s bite was provoked, and with a protracted nature over many months,” Dahl wrote in court documents. “Lladk should not be euthanized but rehabilitated and placed in a home suited to his needs.”

Lladk — whom the Kollenburgs had on anti-anxiety medication — has been held at the county shelter since last July, where he has shown signs of depression and anxiety, although he has still been “friendly, with no signs of aggression,” according to shelter notes.

Multiple other court filings and local media coverage also noted Lladk’s peaceful co-existence with others. He’s gone swimming with his guardian’s older children. He gets along with the family’s other pets– including another dog, iguanas, and bearded dragons, who are shown climbing on him in submitted photos. He also has provided emotional support to his guardians, both with diagnosed depression and anxiety, according to a note from the Kollenburgs’ doctor filed with court documents.

Court documents indicate that the county — which considers situations on a case-by-case basis — realized early on that Lladk’s situation is unique.

After taking in Lladk when his guardian surrendered him, Clackamas County Dog Services recommended two options — euthanasia, or letting Lladk live out the rest of his life in the community so long as certain conditions were met, according to court documents.

When that fell through, the county again recognized that Lladk deserved a second chance. They offered to turn him over to a reputable rescue, so long as the rescue promised not to rehome him. 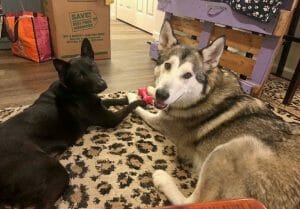 That particular rescue wouldn’t agree not to adopt Lladk out. But there are dozens of sanctuaries and rescues nationwide that might be able to give Lladk a forever home themselves, with no possibility of adopting him out.

That means there’s still time for the Clackamas Board of County Commissioners to do the right thing by Lladk and let him live out his days peacefully in a sanctuary, far away from Clackamas County and its residents.

There is no need for a dog that experts have deemed non-dangerous to die when humane alternatives are available. We must speak out now to save Lladk’s life and also improve his quality of life while he awaits the outcome of his case.

Dahl recommends that the county allow Lladk to await his fate in the comfort of a vetted home so that he doesn’t suffer any more than he already has, given that such isolation will make his rehabilitation and return to his permanent home at a rescue or sanctuary that much harder.

Sign this petition urging Clackamas County to stay Lladk’s euthanasia order, allow him to wait out his hearings within a vetted home rather than in isolation in the county dog shelter, and ultimately be relocated to a vetted sanctuary or rescue that promises not to rehome him and where he will not present a public safety risk or government liability to anyone.

Then, please call or email the Board of Clackamas County Commissioners and respectfully and civilly let them know that you support Lladk going to a vetted rescue or sanctuary where he will not be rehomed. Lladk’s next hearing is at the end of March, so your voice is needed NOW.

Hello, Board of Clackamas County Commissioners:

My name is [INSERT YOUR NAME HERE] and I am calling to encourage you to allow, Lladk, a 4-year-old Alaskan Malamute to be allowed to go to a  rescue or sanctuary where he can live out his life being loved and well cared for by experienced handlers.

Canine experts have called him a friendly and normal dog. He can thrive in an environment suited to his needs. Taking a helpless dog’s life is wrong.

At a rescue or sanctuary, Lladk would receive training and rehabilitation and would not be rehomed. He would be a permanent resident of the rescue and thereby all liability would be released from your county.

Thank you for considering this request, and please make the right decision. 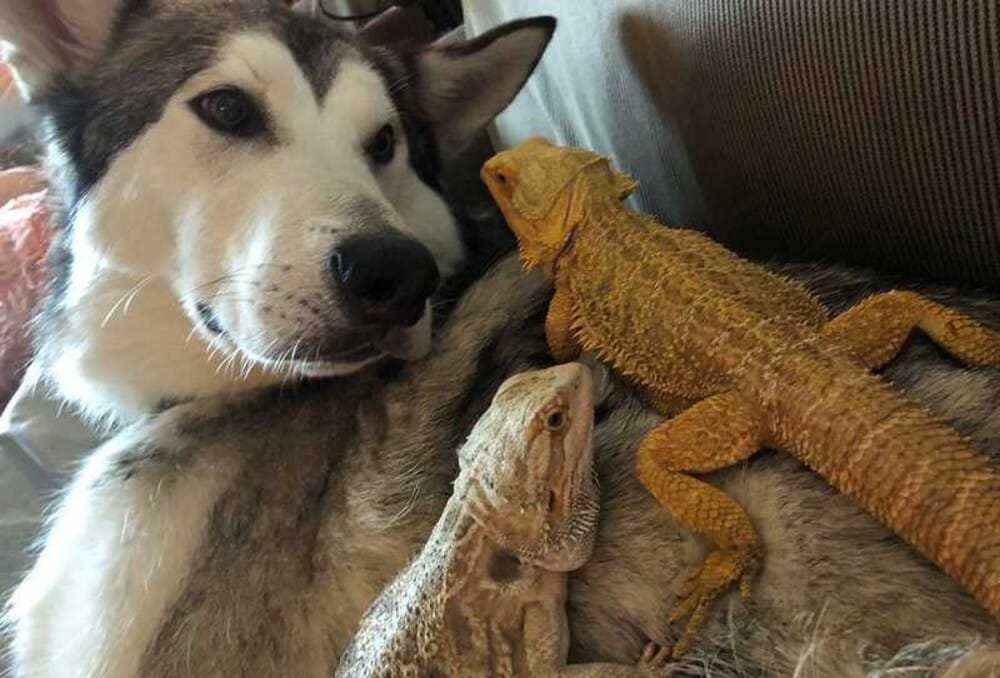