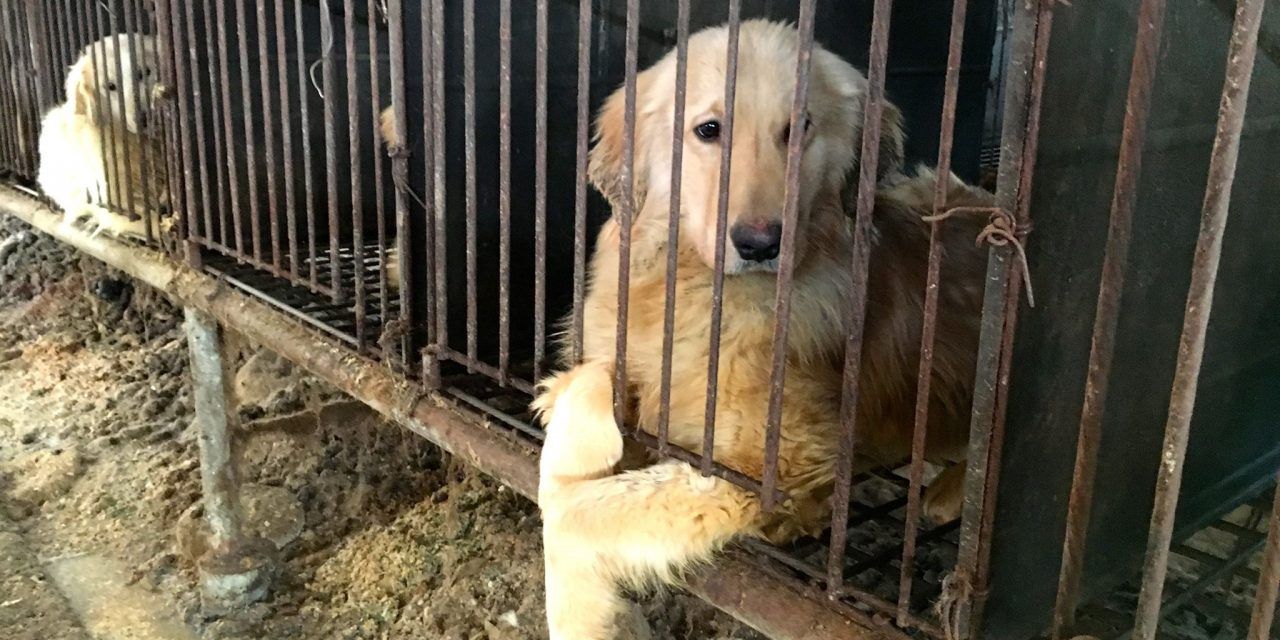 Animal activist groups in South Korea have launched two important government petitions that need your support. As legislation for better treatment of dogs moves through the National Assembly, now is the time to step up the pressure: the brutal treatment and slaughter of dogs and cats in South Korea must end. If these petitions reach 200,000 signatures, S. Korean President Moon will be obligated to respond.

In contradictory and confusing legislation, dogs in S. Korea – though often treated as companion animals – are legally defined as livestock under the Livestock Industry Act.

However, this May, Korean Member of Parliament Mr. Lee Sang-don proposed a new bill to clear up the murky definitions and give dogs a better legal standing. If passed, Sang-don’s legislation will cement the status of dogs as companion animals, affording them greater safety through the Animal Protection Act.

The first petition, which translates to ‘End the Dog and Cat Consumption (Exclude Dogs from the Livestock List),’ is poised to make a massive impact in support of Sang-don’s bill, having already received 75% of the goal of 200,000 signatures.

The second petition, ‘Ban the slaughter of dogs for meat under the S. Korea’s Animal Protection Act,’ is in support of equally important legislature proposed in June by Korean Member of Parliament Mr. Pyo Chang-won. Chang-won’s bill, an amendment to the Animal Protection Act, seeks to outlaw slaughtering dogs for meat. Currently, the act only states that dogs should not be killed “brutally” or for “unjustified reasons.” If the new amendment passes, it will prohibit any killing of animals except those named in the Sanitary Control of Livestock Products Act, which dogs are not a part of.

An estimated one million dogs are currently held in shocking conditions in South Korea’s dog farms, with thousands slaughtered every day. This is the only nation in the world that has such large, factory-style dog meat farms for human consumption.

The tide is turning on this barbaric practice, with the younger generations in South Korea actively speaking out in opposition. Be a part of this revolution, and don’t let the government ignore this issue any longer.