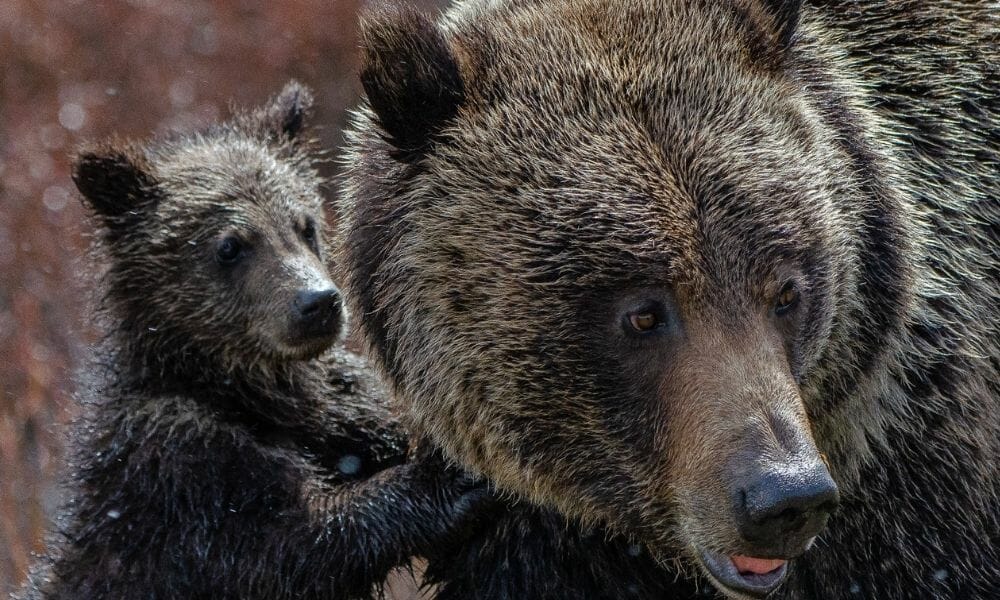 A grizzly bear nicknamed Felicia and her two cubs could be killed just for living near a highway in Jackson Hole, Wyo., according to USA Today.

Wildlife Advocate Savannah Rose Burgess said the bear family has no record of acting aggressively, charging, or taking food from humans who have been spotted approaching them. Felicia also caught the attention of award-winning photographer Thomas Mangelsen, who has documented her for more than six years and said she has always been calm and collected.

But wildlife officials are saying that “human-conditioned behavior” — through no fault of Felicia’s or her family’s– could lead to human-wildlife conflict. They propose relocating or killing the bear family as the only possible solutions.

If park rangers fail to scare the bears off with “targeted hazing operations” — which could include loud noise or rubber bullets — these innocent wild animals could pay with their lives, according to a U.S. Fish and Wildlife Service (FWS) statement.

Killing an entire family of bears who have no history of acting aggressively must not be allowed. Felicia and her cubs must be protected.

Sign this petition urging the U.S. Fish and Wildlife Service to find an alternative solution for Felicia and her cubs that does not involve killing them.