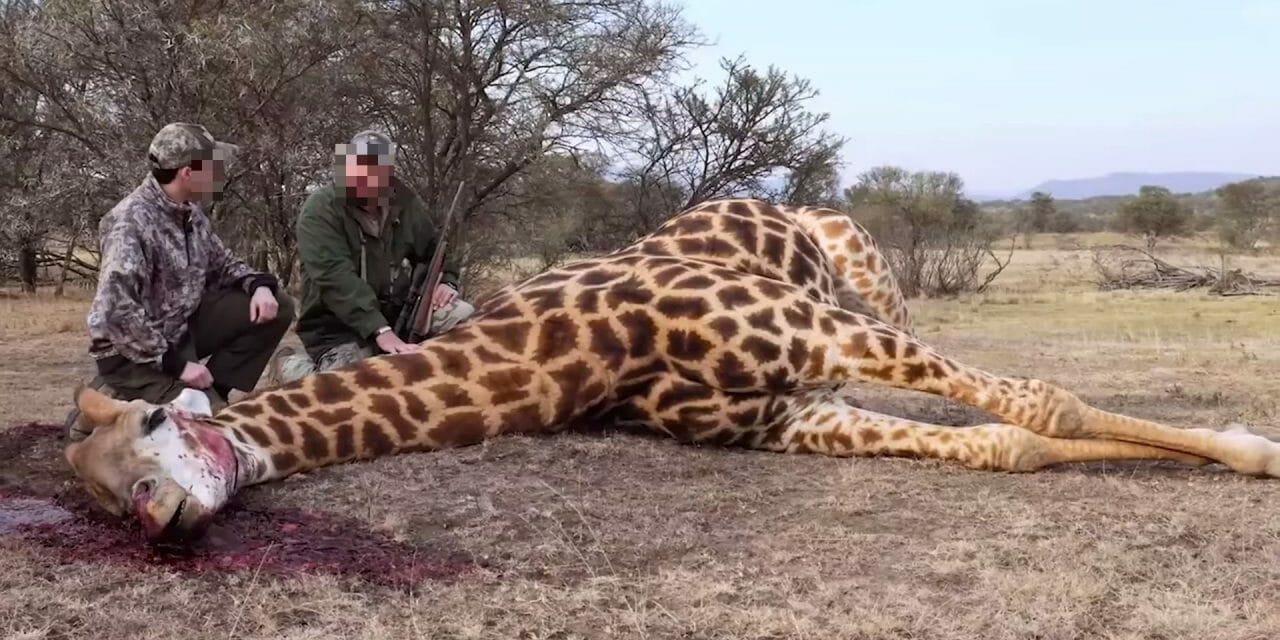 Giraffes in Africa have suffered a 40 percent decline in the last 30 years. Meanwhile, as a result of giraffe trophy hunting, the United States has imported more than 40,000 giraffe parts for pillows, knife handles, jewelry, bible covers, and more since 2006.

Don’t let giraffe parts become the new ivory! Help us save giraffes by signing this petition.

Giraffes facing a silent extinction could receive a major helping hand if the U.S. Fish and Wildlife Service (USFWS) protects them under the Endangered Species Act.

An Endangered Species Act classification would allow the USFWS to write restrictions on the taking, possessing, selling, or transporting of giraffes and their parts. The listing also could help raise awareness about the plight of giraffes.

We must speak out now to protect giraffes from ruthless poachers and trophy hunters.

The USFWS is accepting public comment through December 31. Sign this petition now urging the agency to save giraffes and add them to the list of species protected under the Endangered Species Act before we lose these gentle, beautiful animals forever.